Data centres are the backbone of smart cities today, but they are also massive energy guzzlers and heat emitters. Gareth Tang, Head of Urban Environment Solutions at ST Engineering explains how a new cooling innovation can mitigate their environmental impact. 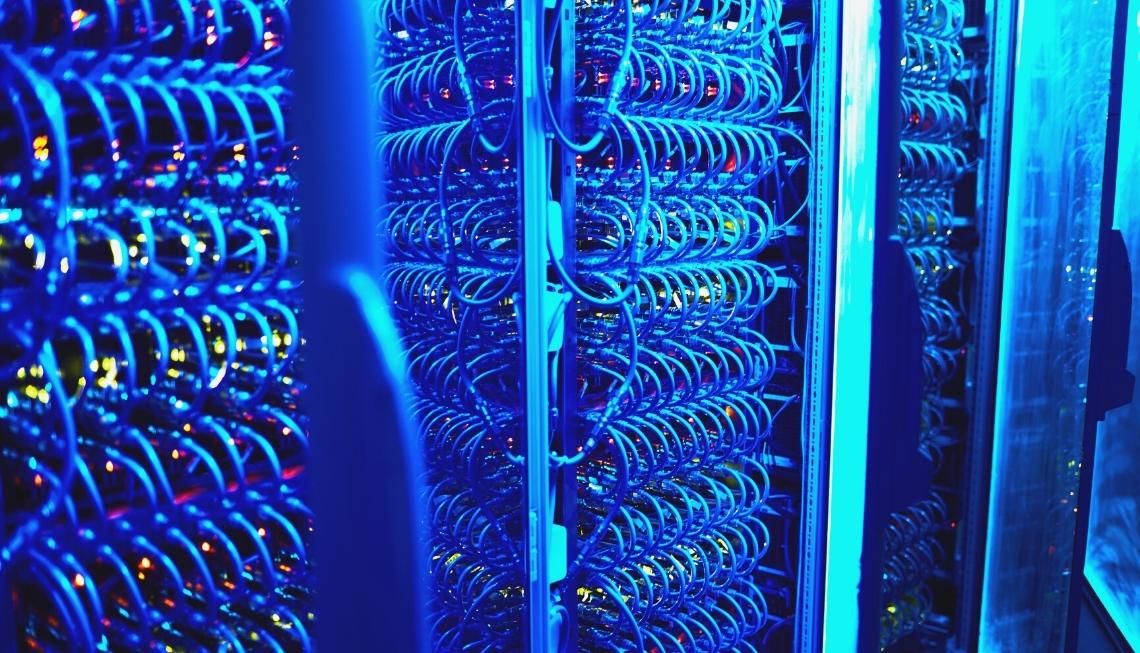 Approximately 40 per cent of a data centre’s energy is dedicated to cooling the facility. What if this could be done more efficiently and sustainably in a cost-effective way? Image: Canva

The island nation of Singapore is known for many things – economic prosperity, cleanliness, multiculturalism, and perhaps most prominently, its heat and high humidity. According to meteorological reports, surface air temperatures in the country have risen by an average of 0.25C per decade since 1948, approximately double the rate of global trends.

And temperatures are set to rise further. The nation is home to over 70 data centres that are both energy guzzlers and heat emitters. Today, they make up approximately seven per cent of Singapore’s energy usage, and the number is expected to reach 12 per cent by 2030, Tang says.

Within these data centres lie racks on racks of servers and IT equipment that run 24/7 to process the massive amounts of data stored within. This generates large amounts of heat, which inevitably gets released into the environment.

Gareth Tang, Head of Urban Environment Solutions at ST Engineering, explains how a new technology may address this issue.

At the moment, as much as 40 per cent of a data centre’s energy usage is dedicated to cooling the servers, Tang says. But conventional chiller systems, which are used by the majority of data centres today, are not as efficient as they could be – causing an overall increase in heat released into the environment.

For every one megawatt of heat that chiller systems remove from the data centres, another 1.2 megawatt of heat is actually ejected because of this inefficiency, Tang says.  “It’s not just shifting heat, but it’s increasing the amount of heat.”

The Airbitat DC Cooling System ensures that no additional heat is released into the environment as it doesn’t use compressors. It is an add-on unit that works together with the existing cooling systems of data centres. Its patented technology generates cold water as low as 26C to cool the hot air drawn from data halls before it is passed on to the conventional cooling systems.

By taking on more than 40 per cent of the usual heat load, and cooling the air from 35C down to 29C before it goes through further cooling in the chiller systems, the overall energy savings for cooling can be over 20 per cent, Tang explains.

This breakthrough technology also has the potential to reduce the physical footprint of data centres, as the improved energy efficiency means that data centres can downsize their existing cooling systems accordingly.

The technology is particularly useful in tropical environments like Singapore, Tang says. Singapore’s high humidity environment means that water doesn’t evaporate easily, preventing the cooling process from happening since evaporation is a key mechanism for cooling. Yet this patented technology is able to consistently produce cold water even in such environments, allowing data centres to be cooled efficiently and sustainably.

Tang also highlights that in temperate climates, the technology will work just as well, if not better. Colder environments will mean that it can produce colder water, and cool more effectively.


“Data centres are the backbone and heartbeat of smart cities,” Tang says. They enable many of the technologies found in smart cities today, including smart transport systems, cutting-edge medical research and digital communication. “Data centres will need to become greener and more energy efficient if countries want to continue increasing their data centre capacity sustainably,” he adds.

Recognising the importance of this, Singapore recently announced that new measures will be imposed to make data centres more energy efficient, including the requirement of a power usage effectiveness (PUE) under 1.3, for new data centres as well as obtaining green certifications. The PUE is a ratio that describes how energy efficient data centres are. It is calculated by dividing the total amount of energy used by a facility, with the amount of energy delivered to its computing equipment. An ideal PUE is 1.0.

With the Airbitat DC Cooling System, data centres in tropical environments like Singapore can achieve a power usage efficiency (PUE) of 1.3 or better.
The need for data centres will only increase as the urban population grows. 68 per cent of the world population will live in urban areas by 2050, up from the 55 per cent today, according to the United Nations. As data centre capacity grows in tandem with the population, its upkeep needs to be consciously calibrated for sustainability. Innovative cooling solutions like what ST Engineering has developed can pave the way.