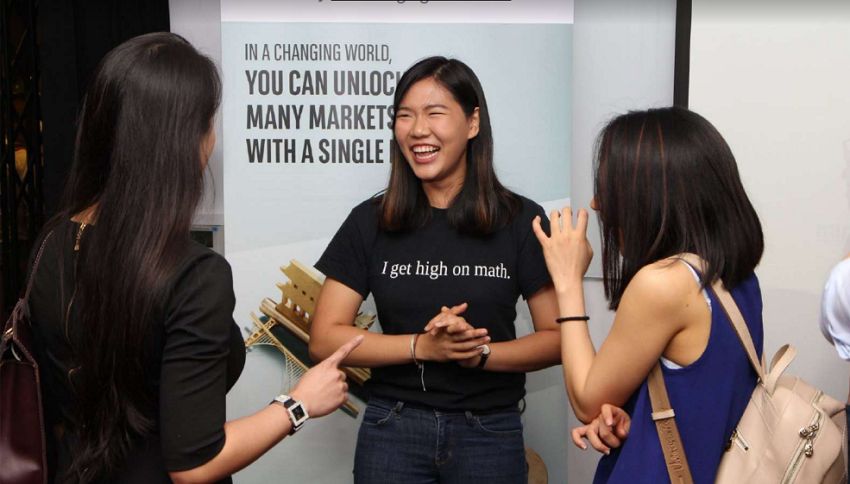 Now at age 25, Kwok is the founder of two AI startups and is an influential figure in Singapore's digital economy. Sitting across from me in PIXEL Studios - a hub for digital startups - Kwok is animated and lively as she discusses her experiences in the AI industry. “I was never pursuing any hype bubble; I was already studying image processing, neural networks, and doing programming back when that wasn't sexy,” she tells GovInsider.


One essential advice for governments is to resist following the AI hype and have grounded expectations for their projects, according to Kwok. The rise of viral AI stars like Sophia the robot can often create “unrealistic” expectations of the capabilities of AI, she says. “It's very important to be very grounded,” Kwok says, as developing AI capabilities is a complex process that takes “a lot of fine tuning of parameters [and] reiteration of cycles”.

A measured approach to using AI can help ensure that researchers do not overpromise and then fail to deliver - problems that culminated in the previous two AI winters, Kwok advises. “When you throw so much money to the researchers, they'll overpromise,” she says. “When they can't deliver on their promises, then kapoof, the bubble bursts. They start pulling out of everything and ending projects.”

In fact, AI may not always be the best solution for a public service. Kwok recounts an incident where a lift operator asked her to create an AI software to detect if lift doors are fully closed, and whether a lift is level with its external landing platform. However, an AI solution “just doesn’t make sense”, as infrared sensors and photoresistors could have solved these issues at a much lower cost, Kwok notes. “There's always this misconception where they think the latest technology is the best technology,” she says.


The key to building AI-driven public services is to pool and use data across government, says Kwok. Governments often have a lot of data “sitting in silos”, but “the true power of data is when you can actually merge them and see what kind of meaningful information you can employ from all of these datasets combined,” she notes.

Yet leaders need to grapple with the ethical implications of using citizen data, Kwok notes. Earlier this year, the serious breaches in Facebook user data by Cambridge Analytica for elections led to calls for AI ethics regulations from governments across the world. “It's just a matter of whether they do it responsibly, and to what scale,” she says.

Meanwhile, maintaining data privacy and using citizen data for public services is often a tight balancing act. Singapore has set up a Personal Data Protection Act (PDPA) to protect the data privacy of its citizens, but Kwok believes this has also impeded its Smart Nation efforts. “How do you build a smart nation when you don't actually know things about your citizens?,” she asks.


“How do you build a smart nation when you don't actually know things about your citizens?”

In the next five years, Singapore will embrace a open data sharing economy, Kwok says. More private companies are now sharing their datasets and application programming interfaces (APIs) for the public, according to her. “It's a more sharing economy. In that part, I'm very hopeful of - not AI, per se - but in general, the sharing of data and the progression of AI,” she notes.


Will the world enter a third AI winter? “I don't think so,” Kwok predicts. She attributes this to two main reasons: hardware and robust support from private sector.

The first reason is that the capabilities of hardware have dramatically evolved since the 1990s. Today, computers can store data, run programs and carry out many more tasks, which are way more advanced than the floppy disks of the 1990s, according to Kwok. “Last time you had floppy disks; Now we have better computers,” she says. “Is it the best? Maybe not. At least it's there, we can develop on it,” she adds.

The second deterrence to a third AI winter comes from tech companies, as they have invested a lot of resources and manpower into developing AI capabilities for their products, Kwok notes. “You have Google, Facebook, you have big governments with the resources, the data, [and] the engineers to do it,” she remarks. “They actually really know what they're doing,” she adds.

For one, Facebook has set up an AI research division - called FAIR - to explore how AI and machine learning can be used to improve user experience on its platforms, from Facebook to Instagram and Whatsapp. The social media giant has plans to double the size of this AI research unit from 200 to 400 by 2020, Facebook’s chief AI scientist Yann LeCun told Forbes in October.