Win for equal treatment comes with move that entrenches discrimination, according to rights groups. 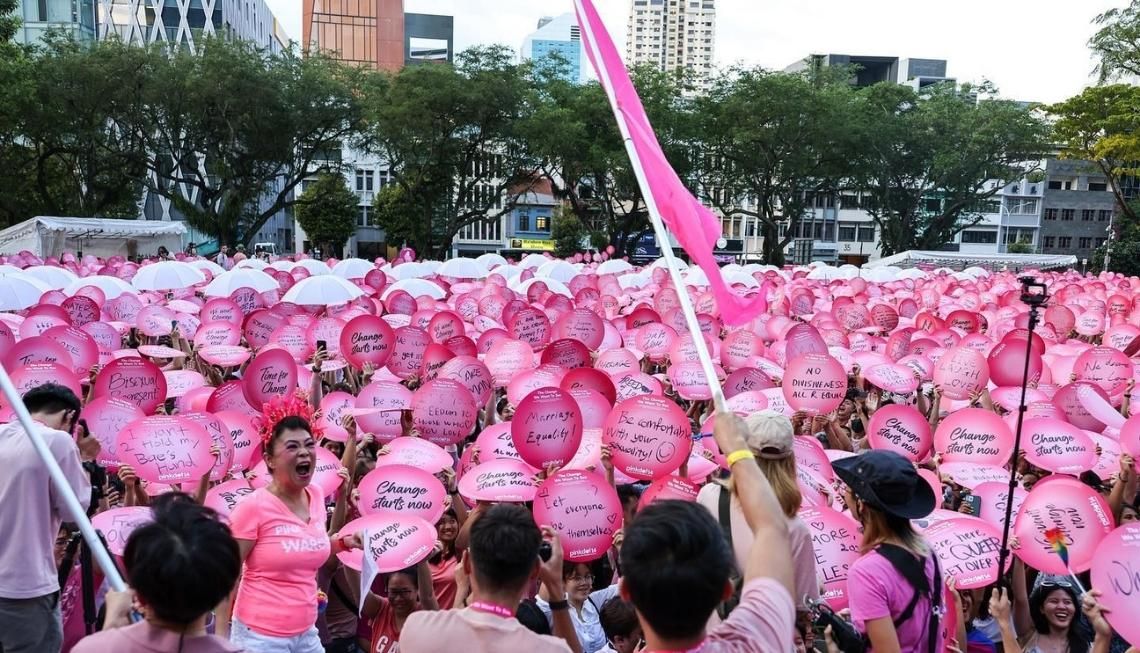 Singapore Prime Minister Lee Hsien Loong yesterday used a major policy speech to announce the legalisation of sex between men, dropping a British colonial-era prohibition that the United Kingdom abandoned more than half a century ago.

Speaking at the city-state’s National Day Rally, an annual event that serves as a curtain-raiser for new policy initiatives, Lee said: “Gay people are now better accepted” and that ditching the law would better align the country's laws with “current social mores and … provide some relief to gay Singaporeans”.

The repeal of the law, Section 377A of the penal code, was broadly welcomed by local LGBTQ groups, but was accompanied by a move to enshrine heterosexual marriage between a man and woman as the only valid form of marriage in the country’s constitution. The constitutional amendment will hamper the prospect of same-sex marriage becoming legal, as it now is in more than 30 countries worldwide, predominantly developed nations in Europe and the Americas, but also likely fellow ASEAN member Thailand following initial legislative approval in June.

Twenty-two Singapore LGBTQ rights groups issued a joint statement saying: “Such a decision will undermine the secular character of our constitution, codify further discrimination into supreme law, and tie the hands of future parliaments.”

The repeal of Section 377A, breaches of which were punishable by up to two years’ jail time, but which were largely unenforced, will not alter Singapore’s policies on public housing, education, adoption rules, advertising standards and film classification, which Lee described as reflecting society’s “prevailing norms”.

Lee said: “For some, this will be too modest. For others, it will be taken only with great reluctance, even regret. In a society where diverse groups have strongly held opposing views, everyone has to accept that no group can have things all their way.”

Singapore’s government has faced pressure from both liberal and conservative groups over Section 377A, and global banks, whose presence has facilitated the country’s rise as a finance hub, have long expressed concerns over its incompatibility with their diversity and inclusion hiring policies and efforts to attract talent on a non-discriminatory basis.

In a survey conducted in June by international market research firm Ipsos, 44 per cent of respondents supported retaining Section 377A, down from 55 per cent four years earlier.