This International Day of Democracy, GovInsider delves into an emerging form of citizen engagement that promises to overcome polarisation and build consensus on thorny issues - but are they all they’re cracked up to be? 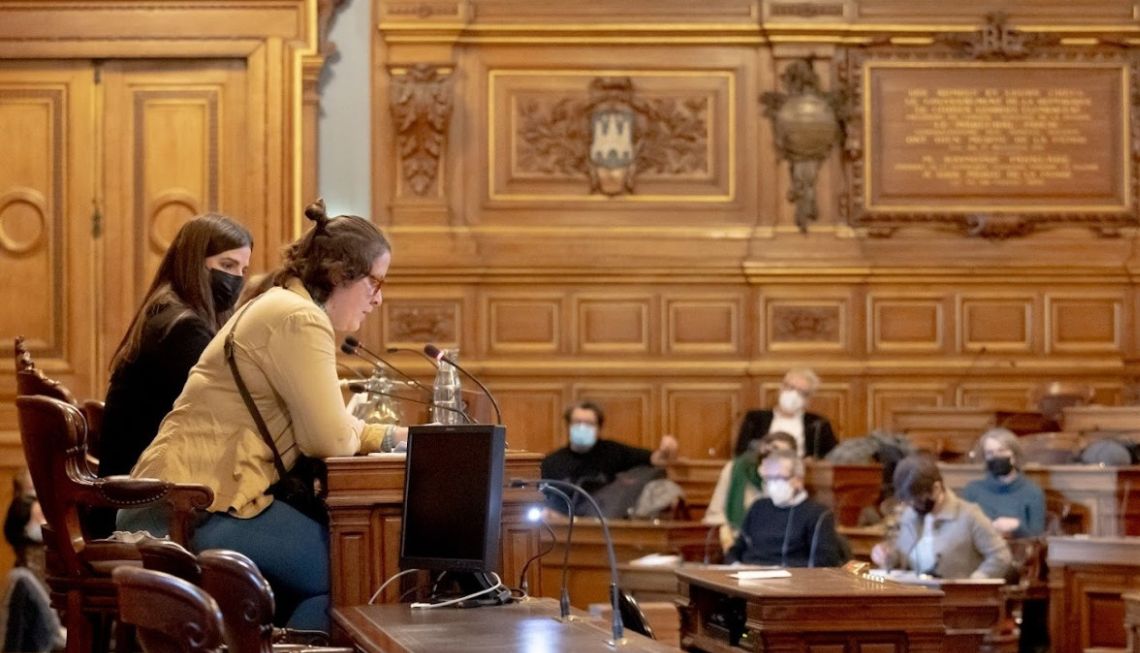 In July, 40 Aucklanders were selected as a representative sample to come up with a consensus decision on the future of Auckland’s water sources. The citizens have been spending their weekends listening to experts, reading resources and deliberating over key questions. On September 24, they will present a report on their recommendations.

This is part of a process known as a citizens’ assembly, a form of citizen participation emerging that promises to break political gridlock over thorny issues and engage citizen voices in key matters. According to the OECD’s database of new democratic institutions, there has been a wave of over 500 citizens’ assemblies and similar processes informing policymaking around the world.

On this International Day of Democracy, GovInsider speaks with Claudia Chwalisz, who helped design Paris’ permanent Citizens’ Assembly and previously led OECD’s work on innovative citizen participation. Now, she is launching an international non-profit research institute, DemocracyNext, which aims to support policymakers in building new institutions for the next paradigm of citizen participation.

Are citizens’ assemblies the future of democratic engagement?


Citizens’ assemblies have three key features: According to Chwalisz, such processes have shown to overcome the short-term incentives and priorities of electoral processes, and allow citizens to focus on the public good. By putting citizens into conversation with each other and with experts, citizens can overcome polarisation and find common ground.

In Ireland, a citizens’ assembly process that ran from 2016 to 2018 deliberated on contentious topics such as abortion rights and climate change. Their recommendations led to a referendum to remove the country’s constitutional ban on abortion in 2018, and shaped Ireland’s Climate Action Plan released in 2019, according to Climate Change News.

Due to the contentious nature of these issues, Chwalisz says that the process of random selection helps to ensure that the pool of people who make up the citizens’ assembly can function as a microcosm of society. This allows people of all walks of life to build deep trust with each other through the deliberative process and overcome polarisation.

She highlights that this can engage citizens more effectively by urging them to overcome apathy towards political processes. For instance, even though the Irish Citizens’ Assembly only had 99 people in it, 100,000 people watched the information sharing sessions. In this way, such processes can also engage a wider population and build consensus on a national level.


In the past, decision-makers have chosen to ignore or water down the recommendations made by citizens’ assemblies, casting doubt on whether such processes have any meaningful impact. In early 2021, the French Citizens’ Climate Convention criticised the country’s climate bill, which it claimed was far less ambitious than the recommendations they had proposed, reported Politico EU.

On this, Chwalisz says that though the Convention was an initiative set out by President Macron, he may not have had the buy-in of relevant ministers and government agencies. Additionally, she notes that though the proposals may have been watered down, the government’s eventual climate bill was more ambitious than what would have taken place without the citizens’ convention recommendations.

Yet this also points to a need to begin rethinking the role of deliberative citizens’ bodies.

How can citizens’ assemblies have “genuine power” and not just function in an advisory role?

Such bodies do not just convene to deliberate specific problems, but can play an agenda-setting role in determining what elected bodies should consider. For instance, Paris’ standing citizens’ assembly is empowered to shape investment priorities for the following year’s city-wide participatory budget and decide on issues to be put to a smaller citizen’s jury. The bill resulting from the citizen’s jury will then have to be debated and voted upon by the Paris City Council.

She adds that the deliberative model need not just apply to matters of national level, but can be applied to the governance of bodies such as “trade unions, school boards, condominium associations, and all sorts of more local associations”. By transforming the everyday institutions of our lives, the values of representation, deliberation, and participation can take root across society, she said.


So why hasn’t the model taken off everywhere?

Shaun Teo, a deliberative engagement practitioner, tells GovInsider that though citizens’ assemblies may sound nice on paper, key issues persist. Even the shortest citizens’ jury requires 32 hours of deliberation – not all issues necessitate that much deliberation. On top of that, busy citizens may not necessarily gain much from spending so much of their free time on these projects, and the pool of citizens who accept the invitation may be self-selecting.

The issues that most benefit from this process are those that concern matters of norms and values, and hence require deep negotiation, he says. But even if the citizens’ assembly comes to a consensus, there is no guarantee that those outside the assembly will follow and agree with the consensus-building process.

Other forms of engagement, like public consultations, may suffice for most issues, he highlights. For instance, Singapore’s Municipal Services Office is currently running a series of eight focus group discussions and an online survey to solicit views on the issue of neighborhood noise. At the end of the day, form must follow function, he notes.

A study by the Institute of Policy Studies on Singapore’s citizen engagement methods recommends that agencies engage citizens early on contentious issues, and use technology such as online platforms to consistently engage citizens in policymaking. To build trust that their feedback is being seriously considered, the consultation, implementation and evaluation process needs to be transparent as well.

Most recently, Singapore’s National Climate Change Secretariat has recently invited the public to contribute their perspective on the country’s net-zero journey as the nation formally revises their low emissions strategy. In the past, the country has run citizen’s juries on topics such as fighting diabetes, recycling, and work-life balance.

In the face of growing political apathy, perhaps the citizens' assembly can support citizens in becoming more active agents in co-creating policies. Yet, it is just one of many tools that agencies have at their disposal when engaging citizens on key issues.