How Singapore built an AI temperature tool in two weeks

The government’s healthtech agency worked with a local startup to adapt a commercial wound-scanning device, as the city stepped up measures against COVID-19. 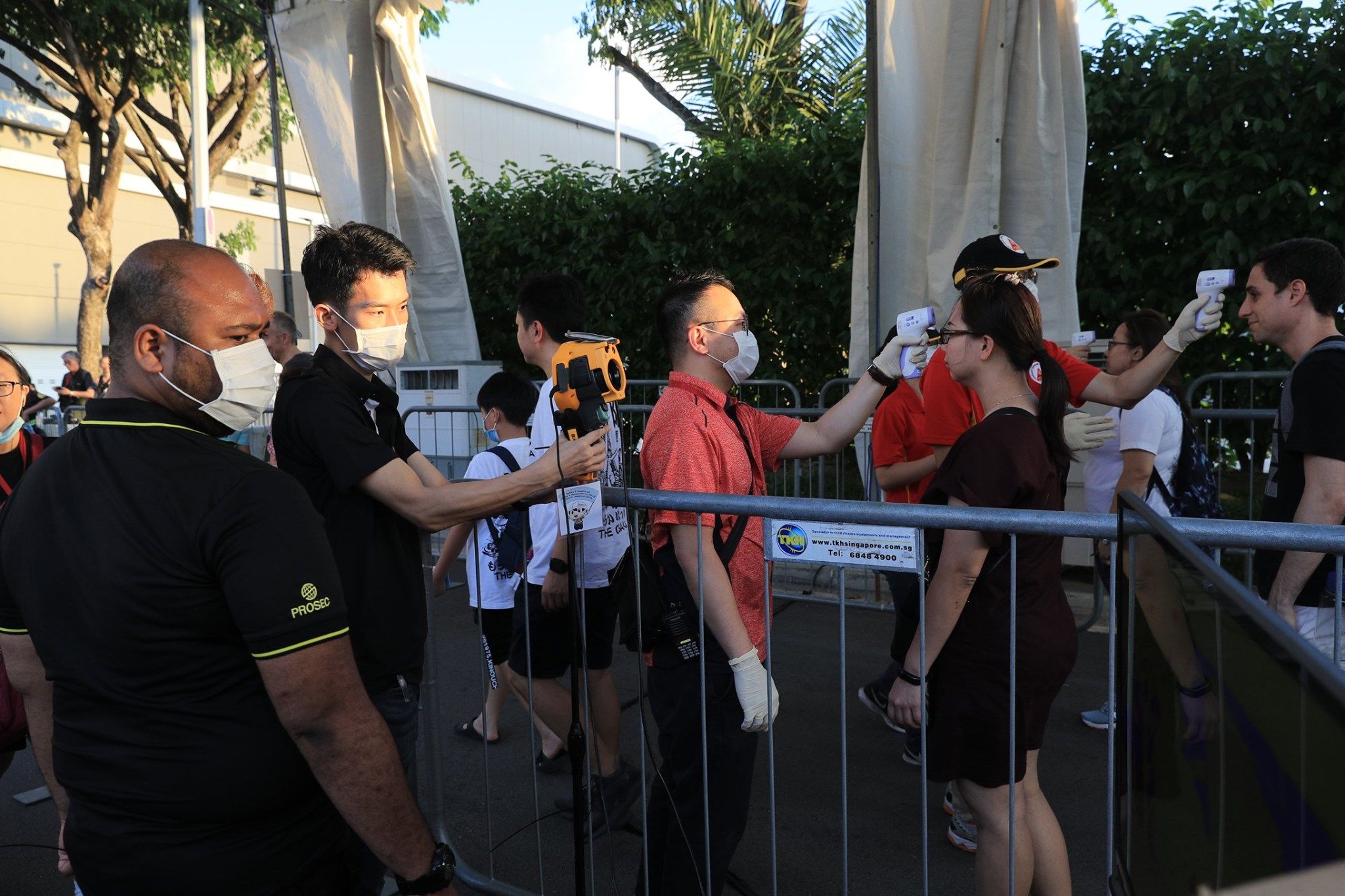 Singapore has launched an AI tool to automate temperature screenings, developed by its healthtech agency IHiS and a local startup called Kronikare.

“IHiS and Kronikare co-created the iThermo solution in two weeks. It is being piloted now and the results are encouraging,” said Bruce Liang, CEO of IHiS.

It launched this week, as Singapore saw snaking queues for temperature screenings to enter office buildings. The government has asked businesses and building managers to step up measures, after it raised the COVID-19 infection alert to the second highest level last Friday. The total number of confirmed cases in Singapore stands at 58, with no deaths registered.

The device offers a quicker and safer alternative to manual forehead thermometers, currently the most popular option. It scans people’s temperature as they walk by and alerts staff to those with higher temperatures. Visitors wouldn’t have to stop to be measured. It’s also safer for frontline staff as they are less likely to come in contact with people with undetected infections, and needs one or two people to operate.

iThermo has been used at IHiS’ office and St. Andrew’s Community Hospital to scan visitors and staff since early this week. It’s now commercially available as a pilot device for S$1,000 per month and has been certified as a Class A medical device by the Health Sciences Authority on 3 February.


The tool was developed within two weeks by adapting technology from an existing wound-scanning device. “We helped Kronikare develop the wound scanner technology and we were well aware of its capabilities,” said Gerard Chew, Head of IHiS’ Innovation Lab, who conceptualised the project. “Once we learned about the virus outbreak, it was quite reasonable to think that, ok, this is one tech where we already have all of the components.”

The body of the device is the same as the wound scanner. It uses an Android smartphone fitted with two additional cameras, mounted on a stand. The smartphone camera detects facial features; a thermal camera measures temperature; and a laser camera measures distance.

It further tweaked the software to take into account changes in temperature based on distance. “One of the biggest problems with scanning for temperature or fever conditions is how far away [they are]. We were able to help the system learn what the compensation should be as the person starts to approach nearer and nearer,” he said.

The system logs the volume of traffic, timestamps, and temperatures, and no other specific personal data, IHiS said. This is uploaded to a cloud-based system and is used to provide reports and live dashboards on the rate of traffic and number of fevers detected.


The tool was tested on more than 3,000 faces before being made available as a pilot, Hossein Nejati, CTO and co-founder of Kronikare said. IHiS has said that its tests found “no significant difference between temperatures measured by iThermo and a clinical forehead thermometer”. Its CEO added, “The more we trial it, we're bound to find some deviations, it will help us to refine the AI model.”

Forehead thermometers can measure about two to three people in a minute, while the new device measures up to eight to 10 people a minute, Chua Chee Yong, Head of Emerging Services at Capabilities Group at IHiS said. It works for upto 5,000 footfalls a day.


St Andrew’s Community Hospital began using the tool on Tuesday, 11 February, to screen visitors to its facility. “I think the larger value add of it is also from visitors perspective, I think it's less frightening in this case,” Tan Lay Kheng, the hospital’s Director of Operations and Allied Health, told GovInsider.

The hospital was confident in being the first one to trial the device as it uses the Kronikare’s wound-scanning device and is familiar with the tech. “So the moment that we knew of it - they were asking whether we would like to try this - we would want to because as we were ramping up our screening measures,” Tan said.

It is also a cheaper alternative to the large temperature screening devices used at airports, which ranges in the tens of thousands of dollars.

The device has seen interest from others including shopping centres and banks.“There's a bank which's studying this product as well,” IHiS’s CEO said. Singapore’s largest bank DBS had to evacuate 300 of its employees this week after one of their staff was confirmed to have the COVID-19 virus.

50 of the devices will be available from mid-February and another 50 by the end of the month.