Data: How to protect ‘the main resource of this century’

World leaders met in Estonia to discuss the future of digital innovation at the Tallinn Digital Summit. 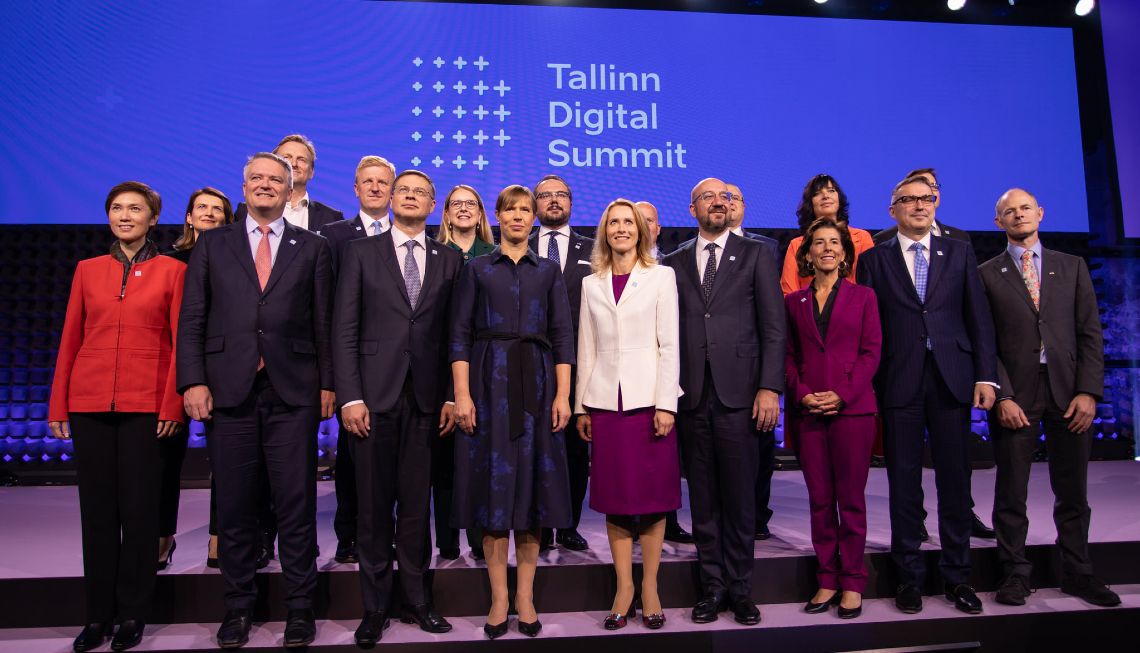 Humanity has used and abused the earth’s natural resources, and now we are trying our best to undo our mistakes. Let’s not make the same mistake with the main resource of this century, data.

This rallying call for more responsible data use was among the key points made by world leaders at this year’s Tallinn Digital Summit in Estonia. Leaders discussed data, the role of digital tools in the pandemic, and innovations in-the-works.

The importance of responsible data sharing


It is key that nations learn from their mistakes in dealing with natural resources by ensuring that data is used responsibly, said Charles Michel, President of the European Council. “Digitised data will be the main resource of this century,” he stated.

Keeping data inside a country hurts “all of our businesses, all of our economies, and all of our citizens”, she said. One example of this are global banks, which cannot identify malicious threats and fraudulent activity without international data sharing, Raimondo explained.

Yet, governments should be careful how they use citizen data. Citizens deserve to be able to trust that their information is handled “safely, securely and lawfully”, said Raimondo.

Next steps for the pandemic


“Covid-19 is the first global pandemic of the information age,” said Kaja Kallas, Prime Minister of Estonia. The pandemic “rapidly accelerated the digitalisation of services”, including the delivery of goods and means of communication, she added.

But the work is not done. The pandemic revealed that “many essential tools for functioning in the modern world are lacking”, she continued. One example of this is how governments have yet to create a global approach to recognising vaccination certificates, Kallas highlighted.

The next steps are using digital innovation to build back better. To do this, governments must “reconceptualise” what infrastructure in the 21st century really means, she said. “Infrastructure is no longer simply about bricks and mortar, roads, railways, and bridges”, Kallas continued.

This vision for greater use of digital tools was shared by Michel. He discussed the importance of forming a strategy for greater digital transformation, one that would be based on European values of “fair, balanced, and human centered” partnerships.

The result of this would be “more influence and less dependence” when it comes to digital and geopolitical strategy, he said. The goal is to make “Europe more autonomous in our interconnected world”, he explained.

Policies of the future


World leaders shared some of the innovative policies around digital tools that citizens can expect to see in the future. The cycle of new innovations replacing existing technology has become extremely quick, said Kallas.

“Self driving vehicles together with affordable renewable energy” are a possibility for the future of transportation, she noted. 15 years ago, the ability to book a taxi using an app would be “inconceivable” but today that “stuff of imagination” is now commonplace, Kallas continued.

Another policy citizens can expect is greater access to the internet. Recent budget plans in the USA ensure “every American, regardless of where they live, has access to high speed and affordable broadband”, Raimondo highlighted.

The US is planning to invest US$100 billion to boost America’s broadband, reported Vox. The US is also making investments in digital literacy training and widening access to digital devices,  Raimondo added.

Closing the digital divide will benefit the country’s potential for innovation, as it relies on “citizens being educated, being digitally literate, being connected”, she continued. By investing domestically, it will enable the US to be more competitive on the global stage, she said.

The EU and US are looking to manufacture more semiconductors and microprocessors, which are the backbone for building tech, Raimondo added.