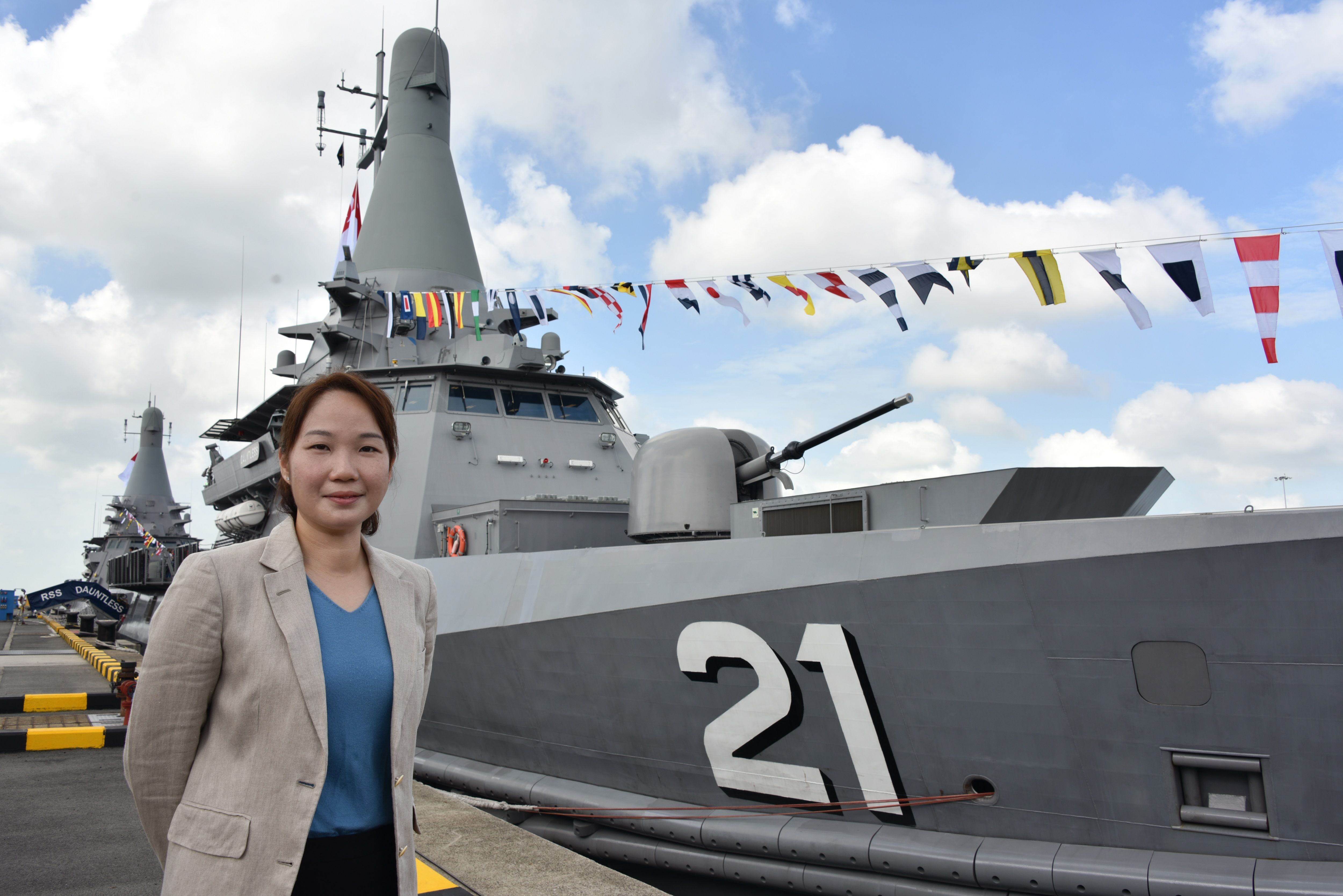 When Mary Jackson started work at NASA in 1958, she smashed a literal rocket ship through the glass ceiling of possibilities.

Fast forward half a century and women are integral to advanced defence science roles across the world, crafting the most cutting-edge technology known to humankind.

Singapore’s Defence Science and Technology Agency, for instance, is underpinned by brilliant women engineers who serve their nation. On International Women’s Day, GovInsider caught up with Lena Lim, senior programme manager at Defence Science and Technology Agency’s (DSTA) Digital Hub, to learn just one story - in this case how the science of computer gaming is being used to pioneer new frontiers in defence.


Singapore is developing a naval warfare training facility, modelled after ‘esports platforms’, complete with video games, discussion forums and analytics. The centre will allow naval officers to train for real-world combat without placing themselves in actual danger.

DSTA is working with the Republic of Singapore Navy and a local video game developer to design a game that will be part of the centre. It will use data generated during the gameplay to study how artificial intelligence can be used to make tactical decisions. “With data, we can build or adapt AI models, such as those for autonomous player-agents that can play together with human players to achieve a shared mission outcome,” says Lim.

The training centre will provide combat analytics, modelled after similar tools used by gamers. It reviews and analyses the performance of naval officers during training, and shows them where they can do better. “This is much like how after a raid in World of Warcraft, the raid team can upload their combat logs at a website like Warcraftlogs.com, and have useful statistics generated for use in post-raid debrief,” she says.

The team have spoken to professional esports competitors, regional competition organisers and gamers to understand what drives gamers. “We explored how key elements, such as teamwork, coordination, communication and cohesion, can be replicated during naval warfare training.” she says.

Among esports competitors, the games build a team spirit where people train passionately together. “We looked at how we can bring some of this competitive spirit and tactical depth that teams have achieved, to augment naval warfare tactical training,” she adds.

Lim has personally seen the benefits of video games. She is an avid player of World of Warcraft, an online game with a large number of players working together to complete missions. “I’ve experienced the benefits that an immersive, team-based challenge environment can bring to one’s focus and execution. We aim to bring these aspects out for the gamification of training as well,” she says.


The Digital Hub team Lim is a part of experiments with emerging technologies and design thinking to build tools for the Singapore Armed Forces.

For instance, the team have used design thinking and simulations to help build Singapore’s new patrol ships. It worked with naval officers to understand their needs and design systems tailored to reduce their workload.

They created a new command centre for the ship by studying how its users think, organise and structure information - an approach called cognitive task analysis. “Our efforts helped to reduce the crew size of the Littoral Mission Vessels to 23 men,” Lim says.

The team is working with the Navy to also use augmented reality to help officers run maintenance checks on naval equipment. The team converted diagrams and text into a 3D guide with step by step instructions, she explains. “The AR overlays, which can be viewed via a mobile app or AR glasses, helped to reduce the possibility of errors during complicated procedures.”

Lim’s work at DSTA combines her love for gaming and early passion for engineering. She and her team saw the sophisticated engineering of online games and turned them into powerful tools to train the military.