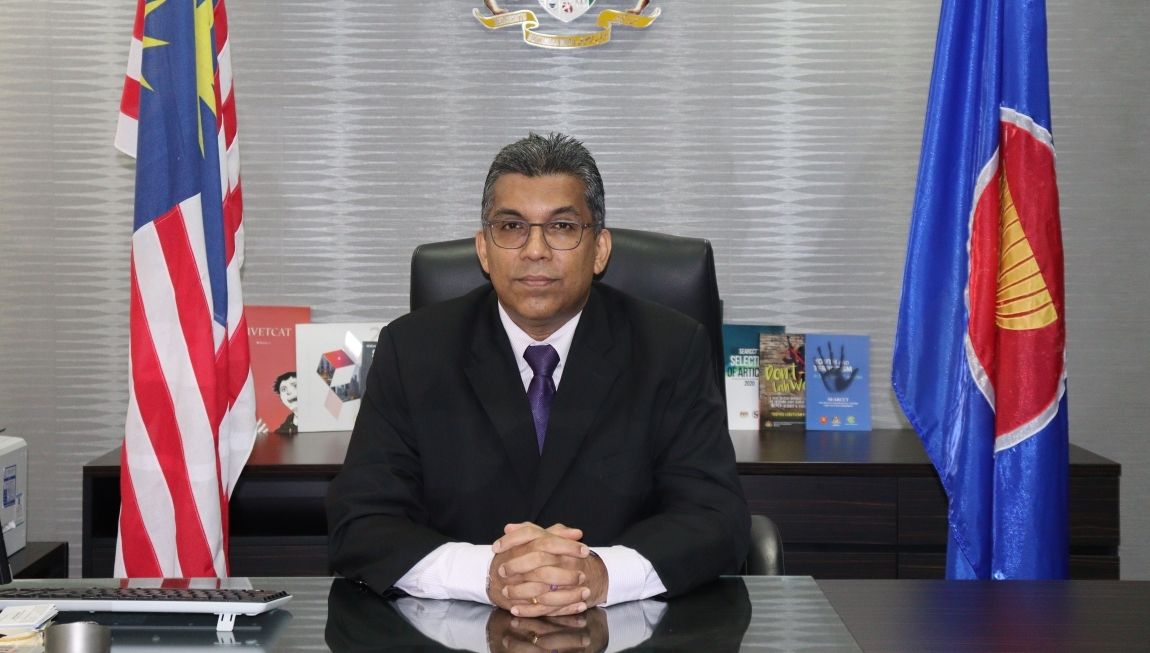 A saying often circles around counter-terrorism discussions: “There is no silver bullet.” The phrase alludes to the difficulties in accounting for the numerous pathways to radicalisation, and the efforts undertaken to mitigate them. Solutions that may work brilliantly for a particular challenge may be ineffectual for another.

In tackling a complex and multilayered problem such as violent extremism, the Southeast Asia Regional Centre for Counter-Terrorism (SEARCCT) is adopting a multi-pronged approach. Their work entails training enforcement and security officers as well as leading counter-messaging efforts to combat radicalised groups on the internet.

Dato' Ganeson Sivagurunathan, Director-General of the SEARCCT, shares how the organisation is preparing enforcement and security officers to deal with terrorist threats and raising awareness amongst youth so that they do not fall prey to insidious forces.

The deal with open-source intelligence


SEARCCT conducts training for enforcement and security officers in areas such as cybersecurity, open-source investigation, explosives, and aviation security.

“It becomes crucial for intelligence teams to understand how extremist groups operate so that governments can better predict public safety risks and protect citizens,” he adds.

SEARCCT’s Advanced Open-Source Intelligence course equips participants with the tools to conduct online counter-terrorism investigations. It teaches law enforcement officials how they can use basic coding to collect and analyse open-source information from the internet, rate the reliability of data, and research secretive groups.

It also trains officials in image and video analysis and verification, as well as other techniques to automate internet monitoring.

Keeping a lookout for the signs

They may look like someone becoming increasingly argumentative, refusing to listen to different viewpoints, and expressing sympathy towards extremist ideologies.

As a follow-up to these workshops, SEARCCT is currently working to establish an Intervention and Rehabilitation Group that will monitor and assess the early signs of radicalisation based on interactions in the digital space.

“The Group can then intervene through counselling and sharing counter-narratives before these individuals become fully radicalised or worse, join terrorist groups,” Dato’ Sivagurunathan says.


The SEARCCT has made use of technology and different forms of digital media, ranging from short videos to digital comics, to fend off extremist propaganda online.

Youths, in particular, are impressionable and especially vulnerable to such propaganda.

As teenagers grow independent, discover more about themselves, and push boundaries, they may turn to radicalised groups for a sense of belonging and community, Devon Children and Families Partnerships wrote. “In light of these risks, SEARCCT has decided to reach out to influencers within youth communities, Dato’ Sivagurunathan highlights.

They collaborated with Youtube influencer Vikneswaran Veerasundar on a music video, I Was A Terrorist, to cast light on what radicalisation looks like and the damage that it can inflict.

“This serves as a grave reminder that terrorism wrecks havoc on every aspect of life, directly endangering others and destabilising peace,” Dato’ Sivagurunathan warns.

Additionally, SEARCCT collaborates with artists to produce digital comics in a bid to help the younger generation relate better to topics like technology, resilience, and extremism. They disseminate these materials on the MyAman social media channels, a platform that appeals to the protection of children's rights. Comic shared to the MyAman Facebook page, highlighting the dangers of extremism propaganda.

Empowering youths in the counter-terrorism space


SEARCCT also organised a number of programmes for youth leaders, shaping them to become partners in preventing violent extremism. “We want young people to play a more active role in the conversations surrounding counter-terrorism and influence their peers for good,” Dato’ Sivagurunathan shares.

The Technology and Innovation in Building and Enhancing Resilience workshop engaged students from local higher education institutions to produce counter-narratives on Digital Resilience and disseminate videos on platforms such as TikTok. Participants at the Technology and Innovation in Building and Enhancing Resilience workshop gearing up to produce creative videos for TikTok.

SEARRCT also developed a training manual, titled ‘Don’t Lah Wei! A Peer-to-Peer Resource Guide on Ensuring Your Kawan Never Becomes a Terrorist’  to equip youths with the tools to understand the deception of the extremists.

The guide details how past and present heroes overcame adversities and addressed grievances without using indiscriminate violence. It also critically examines the claims and promises of terrorists, and teaches youths how they can intervene to reverse the radicalisation process.

“The guide is a valuable resource for capacity building in peer-to-peer messaging among youth,” Dato’ Sivagurunathan says.

There is no silver bullet when it comes to preventing violent extremism, but one thing is clear – he who fails to prepare prepares to fail. SEARCCT’s preparation is encapsulated in its comprehensive response to not only meet the attempts to thwart national security but also address the root causes behind radicalisation.