How can Singapore’s GovTech stay Number One?

Exclusive interview with Chan Cheow Hoe on his plans to prevent complacency. 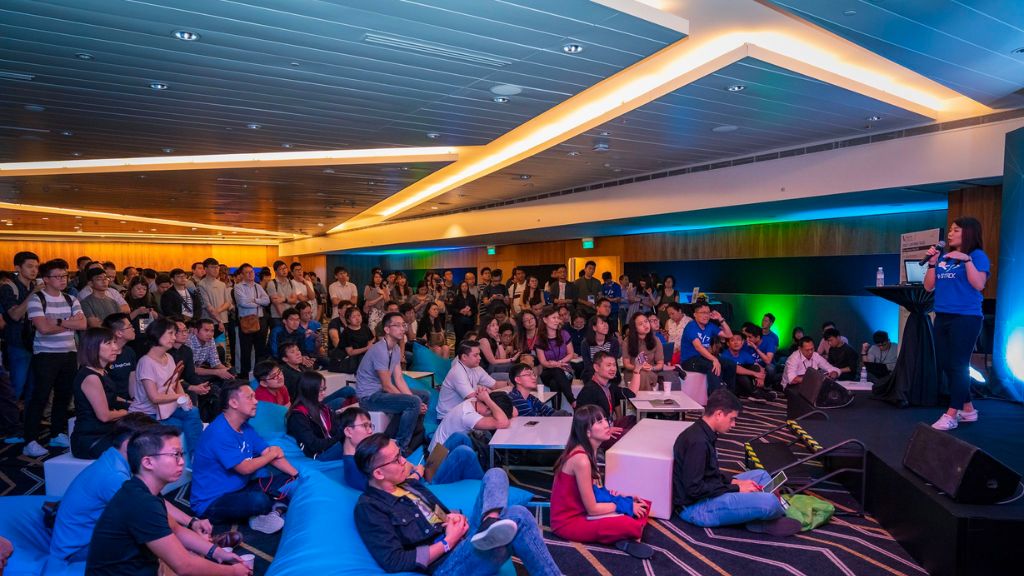 Is Singapore’s GovTech more like Microsoft or Yahoo? Can it remain relevant, or will it fall by the wayside as the world changes?

That’s the task for Chan Cheow Hoe, Singapore’s Government Chief Digital Technology Officer. The agency is seen as a global pioneer, but risks becoming a victim of its success. “It is at an inflexion point, which is quite difficult to manage,” Chan admits.

“It was easy in the beginning because you have someone to follow, you get some reference point,” he continues. “But the problem is, once you reach a certain point of maturity and you are top of the heap in some ways – you have no-one to follow”. Chan shared his vision with GovInsider to sharpen the servers, bolster the binary, and keep coding at the cutting edge.


From pioneer to pinnacle


Since its founding four years ago, the GovTech Agency of Singapore has grown more than twice in size. It now boasts 700 tech specialists in an agency nearly 2,300 strong. “How do you keep scaling?”, Chan asks.

Many governments and companies introduce agile teams to build apps “and they do one or two quick wins and life is good”. GovTech was built for a different purpose - to spread innovation across government, and persuade officials to embrace new tools and techniques. It appointed Chief Digital Strategy Officers to work in the 16 ministries of government; created groups of like minded professionals to share their successes across agencies; and organises meetups at its offices to create a broader tech community.

The second challenge is to “become big and think small”. A smaller scale allows teams to keep innovating with minimal risk of things falling apart. GovTech has followed the organisational model pioneered by Spotify, where autonomous “tribes” work on specific objectives, such as rethinking education technology or developing a single log-in to government websites. These tribes combine designers, developers and operations to serve a Ministry’s needs, almost like a mini agency.

Third, GovTech must prioritise platforms over bespoke products - a trend seen in many leading digital nations such as Britain, Estonia and Italy. “When everything is bespoke, you can’t scale,” he notes. The government has created a suite of different systems like a log-in tool that can then be applied to many apps and websites. These are called “microservices”, and ensure that every agency in government use common tools to build products for their specific requirements.


Sir Michael Barber’s book How to Run a Government sets out a conundrum for the agency as it enters its next phase. Innovation units start off boldly as the “flavour of the month”, he writes, but gradually grow into a permanent fixture until they institutionalise and lose impact. Eventually, they are merged or moved as political priorities change, and their staff are absorbed into the broader machinery of government.

This pattern can be witnessed in the UK, which launched the first Government Digital Service and rapidly overhauled the British Civil Service. Its innovation created tensions with more traditional agencies; key figures eventually jumped ship to avoid the internecine politics; and the agency was moved out from the centre of government into the less influential Department for Culture, Media and Sport.

Second, there is a bigger focus on the long term, with Ministers staying in their roles for much longer periods in Singapore. “I’ve been here for six years and I’ve outlived all my other counterparts in other countries, and one of the reasons is not because of me. Our political system is stable,” Chan says.

Third, the nation is obsessed – frankly – with the need to keep its civil service at the cutting edge. With no natural resources, it has prioritised public administration from its inception. “We are under the gun to deliver. Once you have that kind of support and that kind of mandate, and in some ways that kind of pressure, you will continue to perform”, Chan says. Talent is vital for the agency to keep performing. Governments across the world are grappling with this topic - how do they attract data scientists and developers, and how can they develop rewarding careers to compete with the big tech jobs?

Harvard Professor David Eaves visited GovTech last year and shared a model, the Wardley Maps, that have inspired Chan in his hiring. An agency needs Pioneers; Settlers and Town Planners, he notes. Each will play a different role in the organisation’s development.

At the start of a project, the agency needs the “people who will go out there and blaze the trail, take a lot of risk,” he notes. These Pioneers will develop the quick proofs of concept that win the trust of colleagues and show the potential of a new approach.

The second group are “people who can build structure into it – processes, infrastructure, scalability”. Without Settlers, the Pioneers will cause tension with other agencies or lose momentum.

Third come the Town Planners. “You really need people who can actually run it effectively on a day to day basis”. These skills aren’t mutually exclusive, and GovTech needs to manage its career planning to ensure it has all three. The Pioneers, in particular, are incentivised with a “white space” environment where they can launch new projects, pitch for funding, and trial something new for up to six months. There are between 20 to 30 trial projects running at the moment, and there is between $30,000 - $50,000 available to public officers who pitch a new tech project.

“That’s how we keep the innovation, the energy going. Young people love that, they always come up with all sorts of interesting ideas”, Chan says. If the project makes sense, it will have more funding and can scale up.


What keeps Chan going himself? He told a reporter a few years ago that he wouldn’t stay more than five years, but he’s been in his post for six already, he admits. “The journey of GovTech is… something that never stops. We dream, all of us”, he says.

In 2020, Chan promises a new announcement of “something quite radical” on how government will change its focus to be more “citizen centric”. Already, it has launched a ‘Moments of Life’ project that has redesigned services around particular moments in someone’s life, like the birth of their child, rather than around traditional government services like healthcare or education. This is a strategic national priority, and when the next phase happens, “we’ll probably be the only government in the world that has ever done something like that,” he says.

Second, there is a big move to the cloud which is technically challenging but exciting. “We are moving close to 70 per cent of our workload to the commercial cloud, this is not trivial”. This will make it possible to use even more commercial platforms, save money, innovate faster and not worry about maintaining in-house infrastructure. “It really unleashes the potential in terms of innovation, time to market, costs, quality, [and] reliability”, he says.

GovTech has procured cloud services from the leading global players. But in recent months, there has been more attention on these big tech companies and their cloud provision. The Financial Times, in particular, asked pointed questions about cloud companies that also have separate businesses that use personal data for advertising products.
How will Chan ensure citizens feel comfortable with their data being hosted by the big tech companies? “When we buy services from a cloud provider, the terms and conditions are very clear. The data is ours, they can’t use the data to monetise anything at all, this is very clear,” he says. “The moment they co-mingle these things, we are out of there, we will never allow these things to happen”.

Further, only some types of data will be placed on the commercial cloud. There are differing classifications within government for sensitive datasets. Equally, the data will be encrypted, and some will require “geofencing” which means that it could only be accessed within Singapore, for instance. Industry is vital to help GovTech maintain its pole position. “A lot of industries are way ahead of government, and if we only learn from other governments, I think we’re limiting ourselves,” Chan says.

One of his learnings from industry is how to scale up successfully. “You cannot scale by yourself, you have to scale the entire community. You go to Silicon Valley and talk to all the big tech firms, you’ll realise that”. For instance, Google has a huge Developer Group that works on building a broader developer base who support their platforms.

GovTech has also launched its own developer summit – STACK – which is on 30 March. “We really want the industry to work together with us to grow Singapore’s Smart Nation,” he says. “It then tightens the community in Singapore – the real tech community not the sales guys”.

The summit will bring together global IT pioneers like Gene Kim, author of The Phoenix Project and a key voice in the ‘DevOps’ field (which was an innovation in how technology projects are managed). Martin Fowler, the father of ‘agile’ project management will attend, as will the co-founder of HashiCorp and the office of Google CTO, plus startup founders and regional innovators.

It’s about serious tech voices coming together for two days to work with the Singapore community, discuss new approaches and inspire new ideas. “We’re also opening this up to our ASEAN neighbours,” Chan says. “We want to share these things so that people can come together and we grow as a region”.

There are three key themes for the summit – cloud; applications; and culture and organisation. Alongside the speeches, there’ll be deep dive workshops where the speakers will drill down into their code and explain key developments and ideas.

It isn’t about policies or government announcements. It’s about bringing people together to code new products, discuss new ideas, and keep the momentum going. GovTech wants to keep scaling, and it can only do that with a community around it. “That’s how we learn,” he says. “Because the moment you stop, that’s it”.

Register for STACK 2020 with the GovInsider promo code GOVIN150 for tickets at $150 instead of the standard rate of $350.