How China’s digital yuan is making strides in financial inclusion 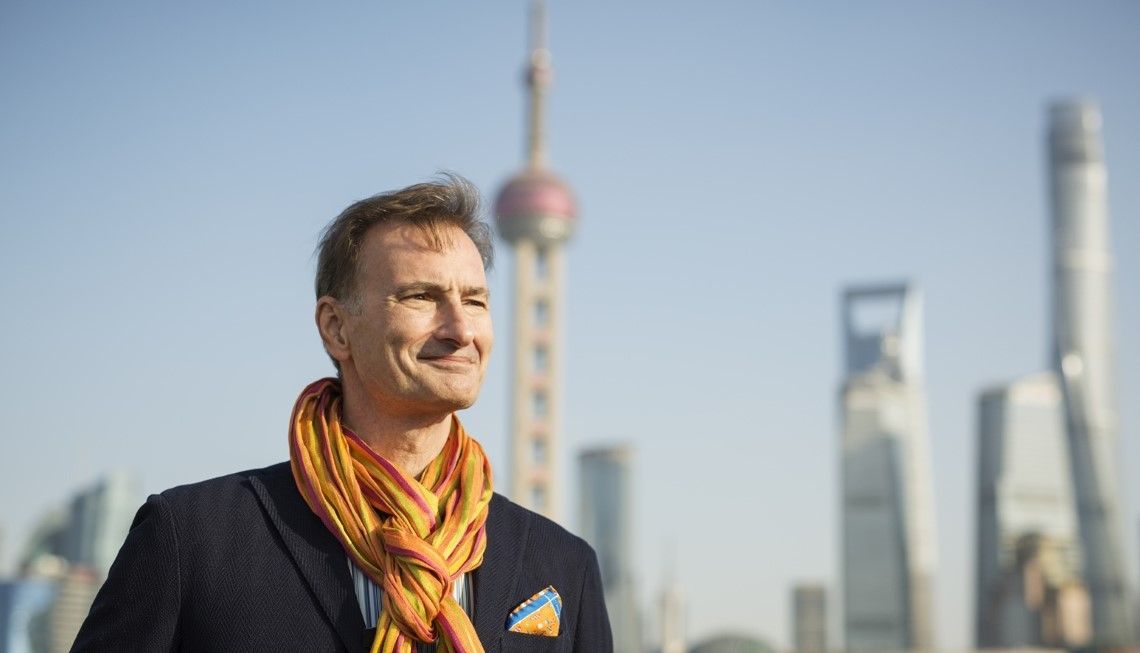 The 2022 Winter Olympics in Beijing recorded some of China’s best performances. The country’s figure skating champions and snowboarding prodigies may have enraptured the world, but China had its eyes on another prize. With over US$315,000 of digital yuan payments made each day at the multi-sport event, the country was outpacing everyone in the digital currency race.

The digital yuan is the digitised version of China’s renminbi. It represents a future where underserved populations can access financial services, the government can issue social benefits with ease, and financial institutions can minimise the occurrence of illicit transactions.

Richard Turrin, author of “Cashless: China's Digital Currency Revolution" and “Innovation Lab Excellence” shares how the digital yuan works and the doors of financial possibilities that it will open for China.

How does the digital yuan work?


The digital yuan is a digitised banknote that makes up a portion of the country’s overall cash supply. It has the same valuation as the renminbi and is recognised as legal tender, which means that it is illegal for any merchant to refuse it as a payment option.

China’s central bank controls and issues the digital yuan, while commercial banks help to distribute it to the public. The digital currency is designed to replace physical cash and coins in circulation. “This makes it different from cryptocurrencies like bitcoin, which are decentralised and not backed by a single administrator,” Turrin notes.

Spending the Chinese digital currency is unlike using a bank card or a digital payment platform tied to a bank account. In its current design, the digital yuan app allows users to transfer money from a savings or checking account to top up their digital wallet.

Users are able to select the digital yuan as an online payment option, while payment terminals in shops only need to scan the QR code generated by the app to process in-store purchases.

Users can also transfer money to peers by simply touching their phones together as the app harnesses contactless communication technology. This allows people to spend virtual cash in more informal settings, such as splitting the bill with a friend or making payment to a street merchant.

So far, China’s central bank has launched the app in several cities and handed out tens of millions of digital yuan to incentivise sign-ups. As of April 2022, the digital yuan app had over 750 million active users on a daily basis, according to China Briefing.


But for those without a mobile phone and who are unable to set up digital wallets, the government is planning to issue a digital yuan card. Citizens can visit any mobile store to buy a digital yuan card, which allows users to make digital payments without the need for cell phone service or WiFi.

The card can also help people to accumulate some savings in the digital realm “without having to hoard large wads of cash under the mattress,” Turrin says.

The digital yuan card mainly targets those who are living in rural or remote areas, while the app reaches those living in larger, more advanced cities like Shanghai and Beijing, he differentiates.

Turrin attributes the success of the digital yuan to the Chinese people’s familiarity with digital payment services such as Alipay and WeChat Pay. “There is a sentiment among the Chinese that technology will help them to break into the middle class and are a stepping stone for achieving a better quality of life,” Turrin elaborates.

Everybody gets a piece of the pie

First, it can serve as a “wonderful entry point for financial inclusion in China,” Turrin shares. As illustrated above, it has the potential to make financial services more accessible for those who do not have a mobile phone.

Second, the digital yuan may help to combat unlawful financial activity. The digital aspect allows the central bank and commercial bank distributors to monitor the flows of digital yuan between users. This enables them to keep a close eye on money laundering or terrorist financing.

Third, the digital yuan has the potential to help the finance ministry target monetary policy interventions to specific groups.

“For example, the government can distribute social benefit payments in the form of digital yuan to low-income households,” Turrin suggests. They are also able to programme when these handouts will expire, which makes sure that beneficiaries use the money by a certain date.

Fourth, “the gradual shift to the digital yuan, in the long run, can help eliminate the hidden tax credit cards impose on society,” he says.

Credit card merchant fees have a spillover effect on prices. The extra three per cent that a coffee shop has to pay in credit card fees will be built into the cost of a coffee, Turrin explains. Merchants may apply steeper prices across the board as they assume that consumers are going to pay with their credit card. In turn, this especially hurts those who are footing the bill in cash.


Given that there are many advantages to the digital yuan, the next question is how governments can implement central bank digital currencies of their own.

First, governments should involve citizens in the design of digital currencies. This could involve informing them about transaction limits and how the authorities will monitor digital transactions.

“It is not reasonable for someone to think that they can transfer very large sums of money via digital yuan without flagging suspicion,” Turrin elaborates.

Second, governments can organise campaigns to show people how easy it is to use digital currencies and share the many advantages of this alternative.

“In particular, some countries in the Western world are wary of digital currencies as they view it as a potential loss of privacy or freedom,” Turrin notes. It hence becomes all the more important for governments to allay these fears.

The digital yuan could generate many benefits for its users – achieving financial inclusion, minimising corruption, and rolling out welfare payments with greater ease. It may be difficult to draw level with China’s progress, but the chasm between other countries and a digital financial future will only widen if they don’t start playing catch-up now.