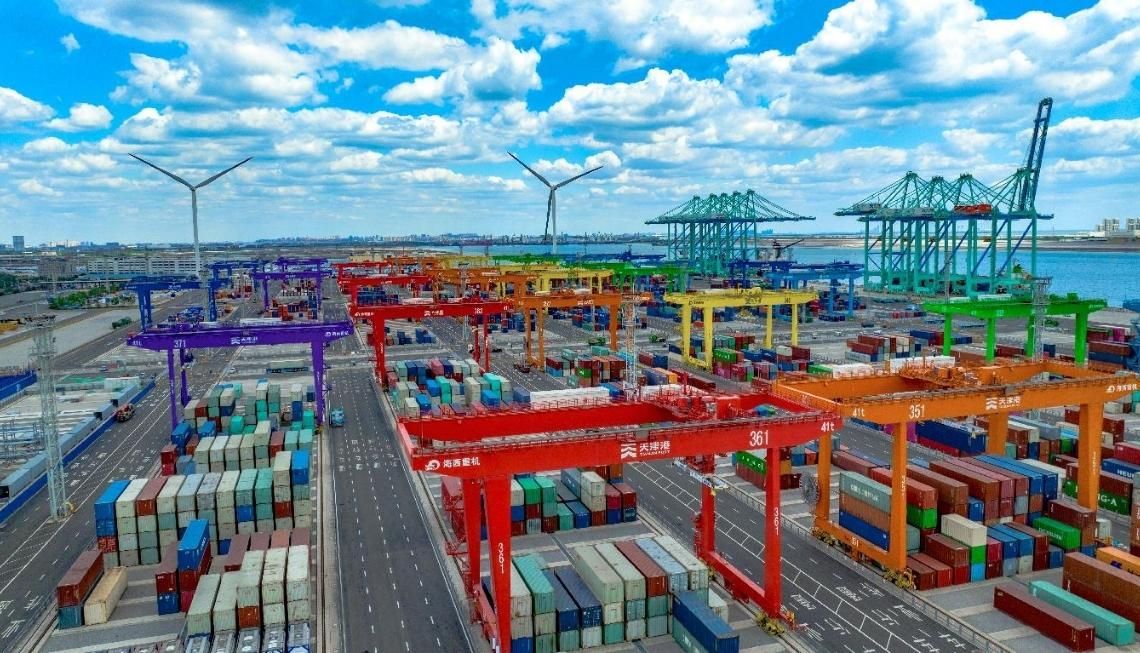 Around the world, consumers ordering their shopping via e-commerce last year would have received their items more than 1.5 days later than before the Covid-19 pandemic. A research paper by the International Monetary Fund in March this year found a 25 per cent increase in global travel times as of December 2021.

These delays, the authors found, were not necessarily a result of increased demand. Instead, many ports had longer wait times despite handling less cargo than prior to the pandemic, likely due to port congestion. To address this, the authors highlighted the necessity of upgrading infrastructure, a practice that one port in China is today adopting.

The Tianjin port is the largest in China’s mainland and also the most technologically advanced. It is a vital hub for the nation’s One Belt One Road initiative, comprising a 300,000-ton-class wharf with a channel depth of 22 metres. By the end of 2021, the port’s cargo throughput ranked ninth in the world, while the container throughput ranked eighth in the world.z

Today, the port is working with telecommunications giant Huawei to reach efficiency goals by incorporating automation, artificial intelligence, and 5G into its operations.

Previously, transporting containers to container yards within ports 24 hours a day required a large number of container trucks manned by human drivers, which was very costly.  Now, each container consumes 20 per cent less energy, and cranes are 20 per cent more efficient on average, with each crane operating 39 container units per hour.

Under the guidance of the BeiDou navigation satellite system, the trucks are directed to automatic locking and unlocking stations in accordance with an optimal driving route calculated in real time. The whole process is completed in one go.

Huawei and Tianjin Port have jointly built an intelligent horizontal transport system that enables the entire fleet of 76 unmanned vehicles to efficiently collaborate with each other, using cloud-based centralised dispatching to do so.

The port’s smart terminal was built by Tianjin Port Group, together with Huawei and other partners, as part of its efforts to build a smart and green port.

One of the key steps in port digitalisation is automating horizontal transport, that is, handling cargo within the port. In the past, conventional horizontal transport faced three major challenges: harsh working environments, safety risks due to driver fatigue, and inefficient manual dispatching. Automation helps to eliminate these concerns while improving efficiency.

The algorithm enables multiple vehicles to smoothly make turns whether they are travelling in one direction or in both directions, ensuring safe and efficient multi-vehicle cooperation.

Vehicles can respond to terminal operations on the ground and adjust tasks in real time. Even if the network is unexpectedly disconnected, the solution ensures the vehicles’ paths never cross each other, preventing collisions from ever occurring.

Second, the system enables high-precision positioning to improve operational efficiency. For example, 90 per cent of quay cranes successfully align on the first try, with the help of the BeiDou satellite navigation system, 5G connectivity, and roadside sensing assistance.

Huawei’s solutions also support a wide range of intelligent driving vehicle models by decoupling the cloud from vehicles and adopting an open ecosystem, making it more cost-effective. If a fault occurs within the vehicle, an operator can remotely take over operations.

Finally, the system also allows for quick interconnection with other peripheral service systems.

The terminal of Section C in the Beijiang Port Area of Tianjin Port is the first smart terminal of its kind to deploy an intelligent horizontal transport system that performs large-scale, normalised operations.

The system has enabled large-scale commercial use of ultra-L4 driverless and self-sufficiency in green electricity. This achievement provides a blueprint for other parts of the world to build intelligent and low-carbon ports.