How India is battling its long-standing fight against malaria

Dr Kaushik Sarkar, Director of the Institute for Malaria and Climate Solutions at Malaria No More, highlights India’s fight against this devastating disease. 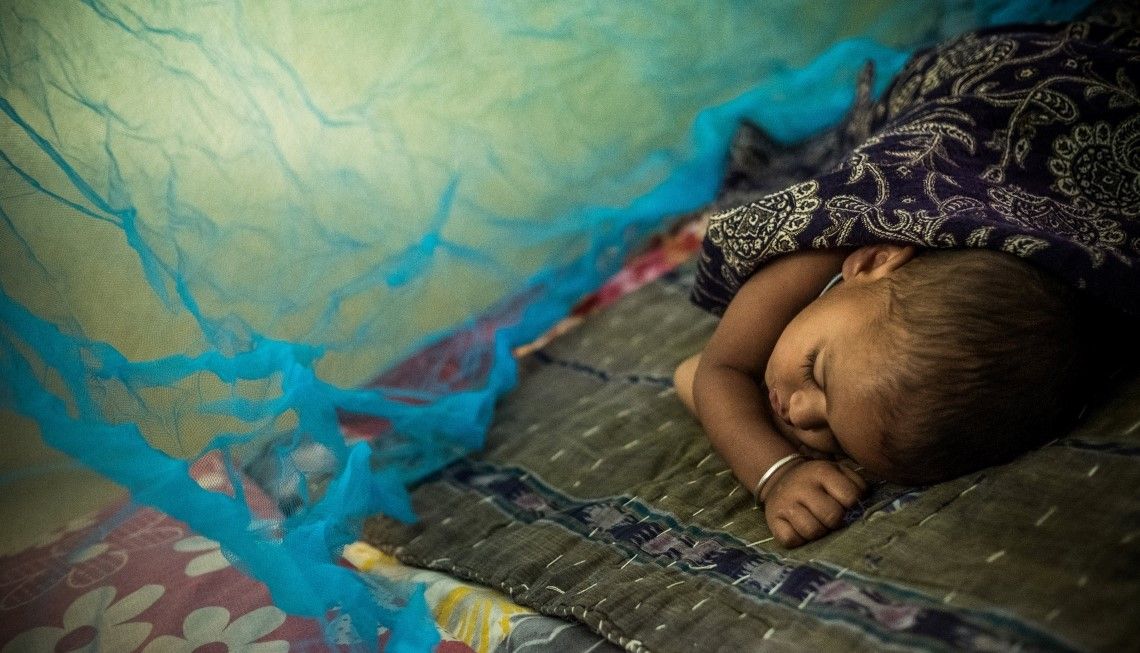 An infected female Anopheles mosquito has a bite much worse than its bark. Sinking into an unsuspecting victim, the pesky insect administers its venom and declares the onset of malaria symptoms. The above is the most common transmission mode of the deadly disease, one that took close to 630,000 lives in 2020, World Health Organisation reported.

But one nonprofit organisation refuses to take this statistic lying down. Instead, Malaria No More envisions a world where no one dies from a mosquito bite.

They are working on a database to improve the surveillance of this stubborn ailment and training healthcare workers to effectively test and treat malaria. Raising public awareness about mosquito-borne diseases constitutes the rest of their work.

Dr Kaushik Sarkar, Director of the Institute for Malaria and Climate Solutions at Malaria No More, shares how the organisation is striving towards a malaria-free India.


The organisation has developed a Malaria Prediction and Planning Tool (MPPT) to strengthen disease surveillance and response.

The database integrates information from a variety of sources such as weather forecasts, health data, and demographic figures.

Referencing this data, the MPPT generates simple dashboards that identify malaria hotspots and predict outbreaks down to the grassroots level. This guides public health officials through decisions in the malaria medicine supply chain, staffing, and the timing and targeting of major malaria interventions.

To further strengthen the MPPT, Malaria No More has added map layers to the dashboard. These tag every residence, clinic, street, vegetation, and body of water to enhance analytic and predictive capabilities. Malaria indicators and hotspots. Numbers are redacted for confidentiality. Overview of malaria incidence. Numbers are redacted for confidentiality.

“This toolkit informs which interventions need to be strengthened based on disease hotspots and the effect our programmes have on vulnerable communities,” Dr Sarkar says.

Some of these programmes include home-based malaria testing and treatment, village cleaning drives, and advocating the use of mosquito nets.

Aside from surveillance, the MPPT has an alert mechanism that helps users automatically generate emails on malaria incidence reports. “If mosquito net use in a certain community is low, it only takes a few clicks for me to share this information with a community volunteer team leader,” Dr Sarkar quips.

MPPT also features a knowledge centre where users can pick up critical information about the disease. The platform provides them with access to videos and articles on the malaria lifecycle, for example.


Currently, Malaria No More is piloting MPPT with the government across two of Odisha state’s highest malaria-affected districts: Koraput and Malkangiri.

Malaria particularly affects those of low-socioeconomic status, Dr Sarkar notes. One of the most common malaria symptoms is fever, but many impoverished households are unable to afford a thermometer. Instead, they use their hands to gauge temperature.

This weak substitute can lead to undetected malaria for months and years on end, giving rise to a whole slew of chronic conditions like malnourishment, kidney failure, and seizures.

“The average literacy rate in Koraput and Malkangiri is only 50 per cent, so there is a high chance that people might not suspect anything amiss even when someone displays malaria symptoms,” he explains.

To make matters worse, health facilities in these two districts are often a considerable distance from the malaria-affected villages. This leaves people with no choice but to travel by boat or hike excruciating distances in the name of seeking medical attention.

“Our priority lies in delivering malaria prevention tools to the most marginalised settings and the MPPT is central in promoting healthcare equity,” Dr Sarkar highlights.


In order to reach the most remote communities and feed timely data into the MPPT, Malaria No More works alongside and trains healthcare workers situated on the ground.

Aside from their own volunteers, the Accredited Social Health Activists are a part of the organisation’s capacity building network of healthcare workers. These are women who live in local villages, employed by the Ministry of Health and Family Welfare. They carry out a series of responsibilities like bringing children to immunisation clinics and performing natal check-ups, apart from malaria healthcare.

Malaria No More trains its healthcare workers to supervise timely testing and treatment, report malaria incidence, and identify severe cases. The organisation equips them with the skills to conduct home visits too, such as looking out for the use rate of mosquito nets in a person’s living quarters.

Healthcare staff also serve as messengers by sharing tips on malaria prevention with the community. These can look like reminders to use mosquito nets while sleeping and remove mosquito breeding sources like standing water around the house.


Malaria No More also commands tremendous influence in the advocacy scene and they have conducted a series of campaigns to raise public awareness about malaria.

The most well-known would be the Bite Ko Mat Lo Lite campaign, which is Hindi for “don’t take the bite lightly”.

One notable initiative involved a partnership with Google voice assistant, where Android users only had to say 'Ok Google, talk to Malaria No More' to prompt the bot on malaria-related information.

In 2021, Malaria No More launched a revamped version of the campaign by introducing a protagonist – a caring but firm Dadi (“grandmother” in Hindi) to spearhead social media messaging. Content spanned from Twitter posts to catchy raps. The image implores, ‘How will you fight mosquitoes without coil or repellent? Always remember, Not To Take The Bite Lightly’.

Malaria is a very stubborn problem that has plagued India for generations, but Malaria No More is accelerating the path to its elimination. Its database will help measure the impact of the disease on the population, while trained healthcare workers play a key role in relieving the burden. Public awareness campaigns are the cherry on top of this tiered cake.