Tech giant Huawei is adopting innovative digital technologies to improve the digital infrastructure of Indonesia’s energy industry and helping with the transition to zero-emissions energy. 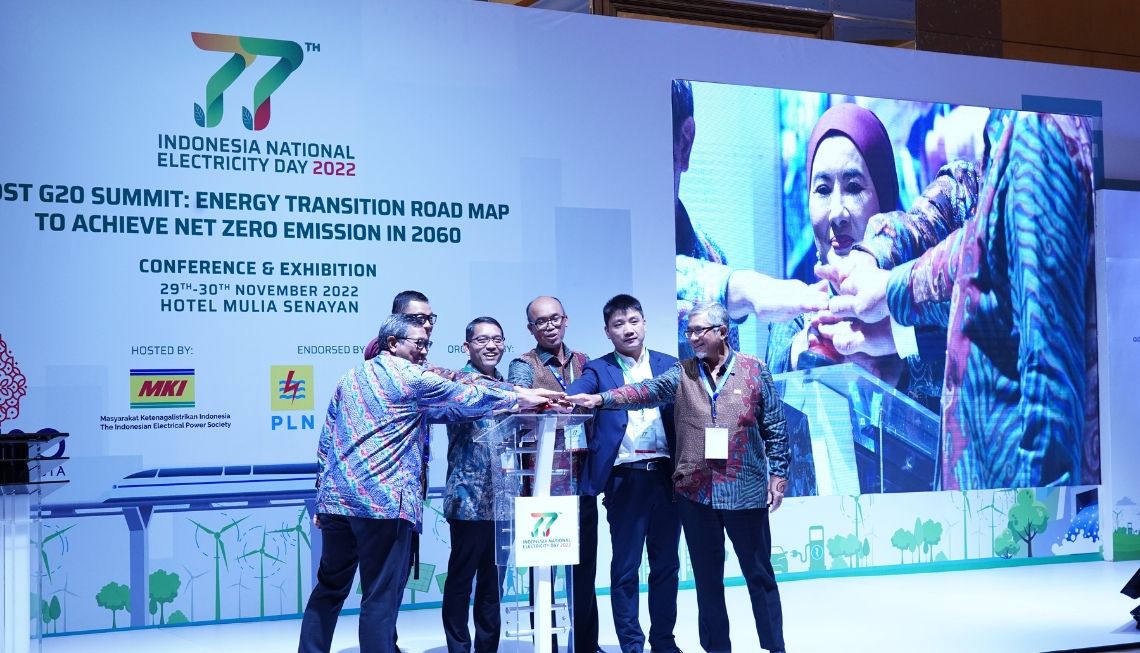 At the G20 Energy Transitions Minister’s Meeting held in Bali this year, on 2 September, the G20 Indonesia Presidency released the “Bali Energy Transition Roadmap”. The Roadmap outlined pathways towards net-zero emissions by or around mid-century, as part of the commitments made during the COP26 Glasgow Summit.

As part of this transformation, the Roadmap highlighted the importance of scaling up smart and clean energy technology, which was identified as one of the three priority focus areas. Huawei is working closely with Indonesia to achieve its net-zero goals by supporting one of the country’s leading energy suppliers, the State Electric Company (PLN), in making the energy grid more efficient and green.

The tech giant officially established the Electric Power Digitalization Business Unit in May this year. The Unit brings together industry partners to identify appropriate technologies to address the challenges of various industries and sectors, allowing Huawei to serve its customers quickly and efficiently.

“The Asia Pacific region is progressing to a low-carbon energy future,” wrote Lu Hongpeng, Director of the Energy Division at the United Nations’ Economic and Social Commission for Asia and the Pacific (UNESCAP), in a Renewable Energy Status Report 2019 published alongside the Asian Development Bank.

The Electricity Supply Business Plan (RUPTL) by PLN predicts that the power demand in Indonesia will grow at a rate of 4.9 per cent annually. By 2027, 79 million customers will have 443 TWh of electricity demand.

Renewable energy will become the main source of electricity supply growth in the next 5 to 10 years. Indonesia is one of the countries with the strongest growth in energy production and consumption in the Asia-Pacific region, and is becoming an important market for the future development of the global energy and electricity supply and demand.

Indonesia’s future power system will be connected to a high proportion of new energy sources such as photovoltaic and wind power. This can greatly help with the reduction of carbon emissions, as exemplified by case studies in China, where Huawei has made great strides in reducing the carbon emissions of smart campuses.

There, Huawei’s customers are supplying 85 per cent of their power through renewable energy, and 100 per cent power for terminal energy consumption. With that, they have enjoyed an annual emissions reduction of 5,600 tonnes of carbon dioxide.

Huawei also ensures stringent cybersecurity regulations are in place to help the government protect their power systems, which is a critical infrastructure for the functioning of the economy. It does so through a three-layer protection mechanism.

At the network access layer, zero-trust network and abnormal traffic monitoring are used to prevent network intrusion. Finally, at the data layer, a four-layer anti-rampion solution ensures zero data tampering, deletion and loss. These solutions have been successfully practised in Indonesia and many other power companies around the world.

Indonesia’s electricity market has huge investment potential, said James Zeng, President of Huawei’s Indonesia Enterprise Business. To this end, Huawei will be participating in the 77th Indonesia National Power Day, which is happening in Jakarta from 29 to 30 November. At the event, Huawei officials will be delivering a keynote speech titled ‘Unleash the Unique Value of Digital for Indonesia Net-Zero Emissions’.

The event will see government officials, energy industry experts, researchers, and partners from Indonesia and the Asia Pacific gathering to discuss the development trends of regional energy and the future of green and low carbon transformation.