Inside a mother’s efforts to make Seoul’s metro accessible

Motivated by her daughter, Hong Yunhui set out to create transit maps for people with disabilities. 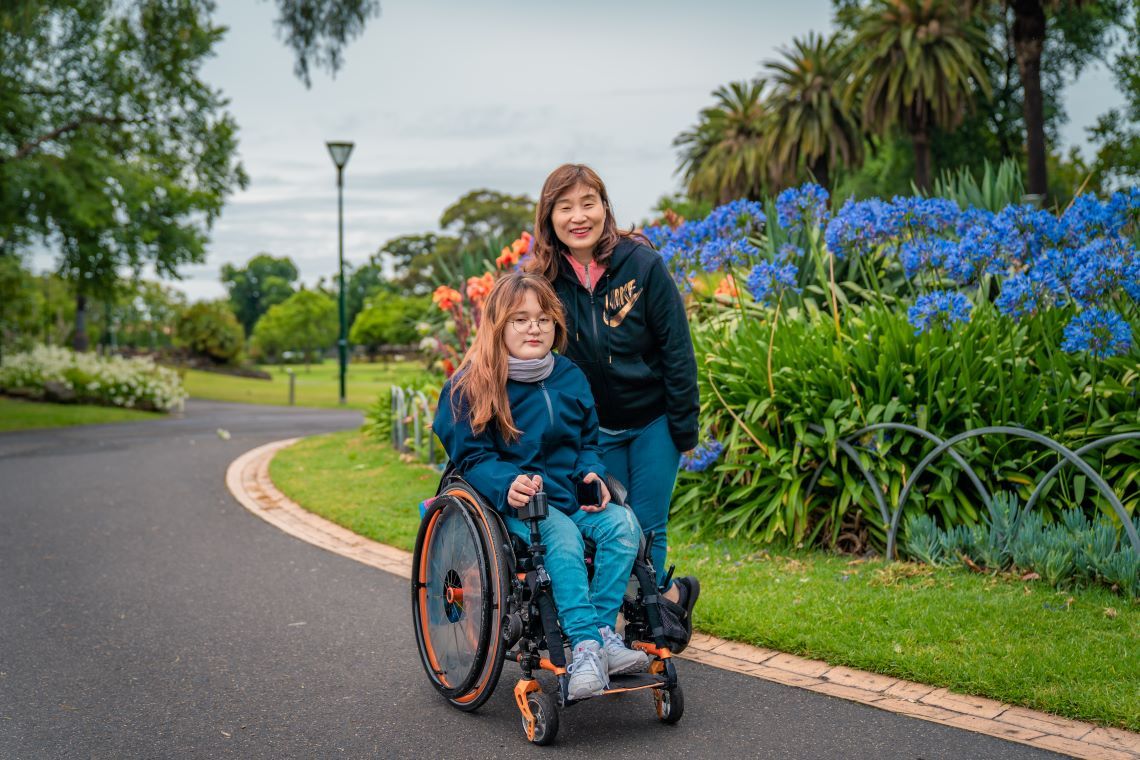 “I have a daughter in a wheelchair, and she is really fond of going around in the subway. Unfortunately, the nearest subway station from the place that I live did not have an elevator,” says Yunhui Hong.

This led her to start the non-profit organisation Muui, which aims to create a world where someone’s disability does not define them. Muui is a Sino-Korean word for ‘without meaning’, Hong shares, and she founded the organisation in 2015 after witnessing the difficulties her daughter, and other disabled people, face in taking the Seoul metro.

Hong has worked with volunteers to map out Seoul subway’s transfer routes for the disabled. GovInsider spoke to her to find out more about her journey.


When the subway was first built in the 1970s, there was no “concept of accessibility”, says Hong. The subway station near her home was one of several stations that did not have an elevator even back in 2015, she adds.

Seoul’s sprawling metro system further compounds the issue. The 300 subway stations and 22 subway lines are operated by a mix of private and public companies. This results in unclear signages that make it difficult for wheelchair users to find an elevator, especially in mega-stations, she says.


Hong saw the need for maps that highlight the easiest route for the disabled to take to reach an elevator. She decided to start Muui as a crowdfunding project on Daum, South Korea’s internet portal, and raised about KRW 4 million (USD $3,482). “That’s not a lot of money if you want to build an app,” she says.

Hong also enlisted the help of Professor Kim Nam-hyung from Kaywon Arts University and his students to build the transit maps. Hong and the students went around the subway stations in wheelchairs to gather data and create maps tailored to the needs of wheelchairs users.

The breakthrough came in 2017, Hong says, when Muui received a grant from the Seoul Design Foundation. The foundation hired designers to build prototypes of the maps, and sponsored Muui to engage around 70 volunteers to carry out research, she adds.


South Korea’s focus on efficiency and its fast pace of life have left the disabled behind, says Hong. More than half of the complaints about discrimination were filed by the disabled in 2016, reported the National Human Rights Commission of Korea.

Hong recalls an unpleasant encounter with an elderly woman at Seoul’s Nowon station. While taking the elevator with a wheelchair-bound Muui volunteer, the woman exclaimed that the disabled are treated better than South Korea’s president.

“I was so infuriated,” says Hong, adding that the elderly woman probably felt that the disabled were taking her rights away from her. “These senior citizens do not have many opportunities to get closer to people with disabilities or people with any type of differences.”

To counter that, Hong decided to engage the Seoul Dosim 50+ center and include elderly volunteers in the process. Together with the designers, elderly volunteers went around different subway stations on wheelchairs to gather information for the maps.

“Creating the map is not enough,” she says. “I want to make the process more meaningful, to integrate people who are viewed as kind of discriminatory against the people with disabilities.”

The lack of disabled characters was another issue Hong wanted to address. In 2019, Hong started the ‘Ryan on a wheelchair’ social media campaign to tackle that. Ryan is a popular character created by South Korea’s Internet company Kakao, and netizens illustrated the character on an actual wheelchair. “The campaign started off to just remind everybody that we don't have enough of the characters that reflect the diversity of the real world, and disability is one of those diversities,” says Hong.


Passing on the baton


Hong was consulted by Seoul’s Metropolitan Government in 2018 to design transportation maps to help the elderly, disabled, and pregnant women navigate subway stations. The maps indicate the fastest routes to transfer between lines, and the location of elevators.

Muui eventually persuaded the Ministry of Interior and Safety in 2019 to provide Korea-wide transfer maps, says Hong. These maps are made by the Ministry of Transportation, and became available on Kakao Map in July 2020.

The government's efforts to enhance transportation accessibility are part of Seoul's commitment to the Open Government Partnership - a multilateral initiative to expand citizen participation in government.

Hong believes that it’s best to pass on the baton as the information would first come to the government agencies who are operating that subway station.

“The most common question that I heard from these government officials is whether there is any demand for maps,” says Hong. That’s probably because they rarely see a wheelchair person out in Seoul - “evidence that the streets are not accessible enough,” she adds.

Hong works full-time at eBay Korea as a senior manager of corporate communications, and works on Muui in her free time. For her next project, she hopes to create a map of accessible cafes and restaurants in Seoul.

“My daughter is the main reason that keeps me going,” she shares. Through Muui, Hong wants to create a world where it’s possible for her daughter to move around on her own. “I don't want to just get around with her all the time, I cannot do that. I just want her to be independent.”