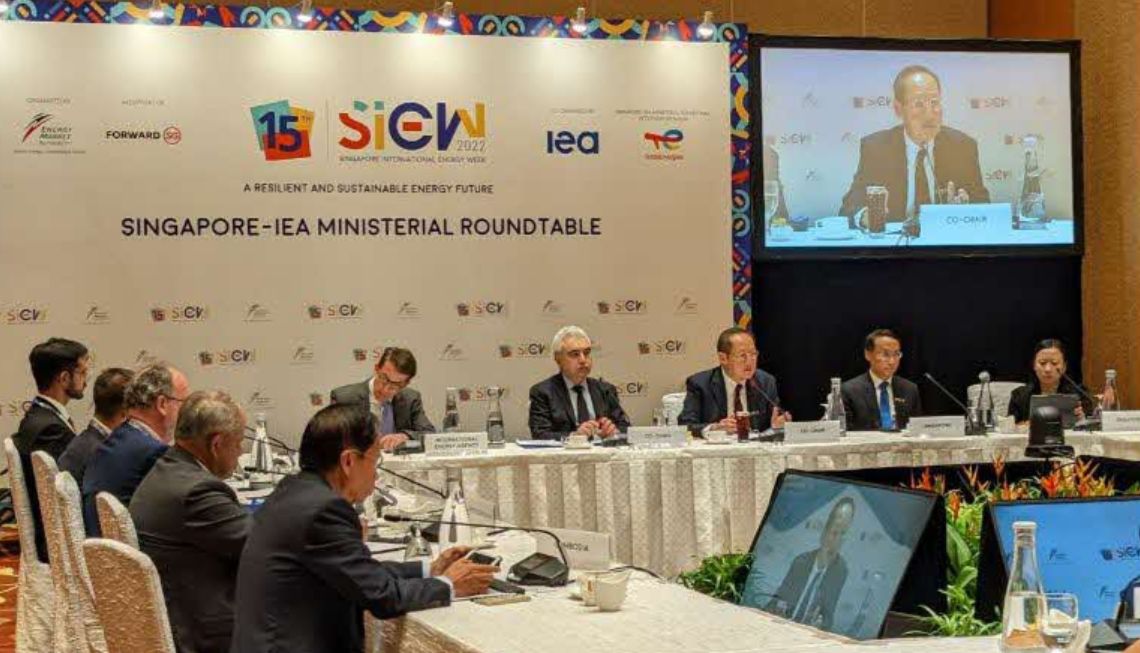 As the world grapples with an escalating energy crisis over the past six months, governments around the world have been compelled to take drastic measures. Australia suspended its entire national electricity market for the first time in history, the UK planned for organised blackouts, and Portugal turned off unnecessary decorative lighting during the holiday season.

The effects of rising energy costs, disruptions in the fuel supply, and growing shortages of oil, gas, and coal are also being felt by countries in the Asia-Pacific The situation is set to get worse in the coming months, according to a report from financial information provider S&P Global.

“The global energy crisis has highlighted the importance of energy security and the need for a calibrated approach to the global energy transition,” said Singapore’s Minister for Manpower and Second Minister for Trade and Industry Dr Tan See Leng. Tan said this during his opening remarks at the Singapore-International Energy Agency (IEA) Ministerial Roundtable, which took place at the Singapore International Energy Week (SIEW) 2022 last week.

Themed “Energy Security in a Low Carbon World”, the closed-door roundtable brought together ministers and energy thought leaders from Southeast Asia and the wider Asia-Pacific region. They discussed key short-term priorities in managing the current crisis, the trade-offs between energy security and energy transitions, as well as the collaboration needed to achieve an energy-secure, people-centred low carbon future.

GovInsider breaks down the key themes covered at SIEW 2022.

“International cooperation is a cornerstone in advancing energy security in the journey towards a low carbon world, given the growing interdependence between energy consumers and energy producers,” said Tan. He stressed that international organisations such as the IEA play an extremely important role in “shaping our understanding of the dynamism in global energy markets,  and seizing opportunities in the clean energy transition”.

Tan also shared that Singapore and IEA were in discussions to host the IEA Regional Cooperation Centre in Singapore as the Asia Pacific region accelerates low carbon energy transitions.

Tan was joined by IEA chief, Dr Fatih Birol, who remarked that solar, wind, and hydropower are growing every single day in the electric car heat pump markets, among many others.“We will see an acceleration of energy transitions as many factors are pushing these technologies,” he said.

However, it is also important to stay adaptable to geopolitical and technological developments influencing the power sectors of many countries, and consider multiple pathways to achieve a resilient low-carbon transition, according to Tan.

A notable pathway could be developing energy trade with countries that have significant renewable energy potential, using energy carriers such as hydrogen and ammonia.

“Before new low-carbon solutions are ready for large-scale development. regional power grids and cross-border electricity trading will offer the best approach for energy trade, while allowing various countries to provide mutual support for their power grids,” he added.

Tan noted that Asia has already seen a successful multilateral cross-border energy trade with the Lao PDR-Thailand-Malaysia-Singapore Power Integration Project, which imports up to 100 megawatts of renewable hydropower from Lao PDR to Singapore via Thailand and Malaysia.

The project demonstrates the economic and technical feasibility of cross-border electricity trade, and as a pathfinder towards realising the broader ASEAN Power Grid vision of multilateral electricity trading, he said.

In another instance, Singapore recently signed memorandums of understanding for clean energy cooperation with Laos and Vietnam, noted Tan. “This will pave the way for greater cross-border electricity trade, and Singapore is also looking forward to working with partners in the US and Australia to enhance energy connectivity in the region,” he added.

Tan sees a lot of potential in hydrogen, ammonia, and other energy carriers for transporting renewable energy around the world, He emphasised a greater need for companies and institutions to work across borders to accelerate breakthroughs in such technologies.

However, there is a need to balance three major factors with the accelerated adoption of renewables and low-carbon solutions. These are energy security, price effectiveness, and environmental sustainability, he said.

What is Singapore doing?

Singapore ranks ahead of all Asian countries in the World Economic Forum’s Energy Transition Index 2021. The country’s Deputy Prime Minister and Minister for Finance Lawrence Wong reaffirmed that Singapore will reach net-zero greenhouse gas emissions by 2050 during the Singapore Energy Lecture at SIEW.

As part of its decarbonisation efforts, Singapore intends to pursue low-carbon hydrogen, according to Wong. The country will also cut emissions to around 60 million tonnes of carbon dioxide equivalent (MtCO2e) in 2030 after reaching an earlier peak.

Singapore’s Nationally Determined Contribution statement pledges to peak emissions at 65 carbon dioxide equivalent (MtCO2e) somewhere around 2030. According to Wong, the difference is equal to a two-thirds reduction in Singapore’s current transportation emissions.He also announced that the public sector in Singapore will aim to achieve net zero emissions across the industry by around 2045 – slightly earlier than the net zero targets for the country as a whole.

This will entail government agencies increasing the energy efficiency of their buildings to lower carbon emissions, and eventually looking to power them using renewable energy. All public sector cars will also run on cleaner energy, said Wong.

“Our net zero path is not an easy one but we have chosen to boldly commit ourselves to this journey because we believe we have a responsibility to do our part in this global climate transition effort,” said Wong.