Is Indonesia on track to a fully digital government by 2025?

Back in 2019, Indonesian President Joko Widodo announced his intentions to digitalise the government by 2025. Two years later, how has progress been? GovInsider finds out. 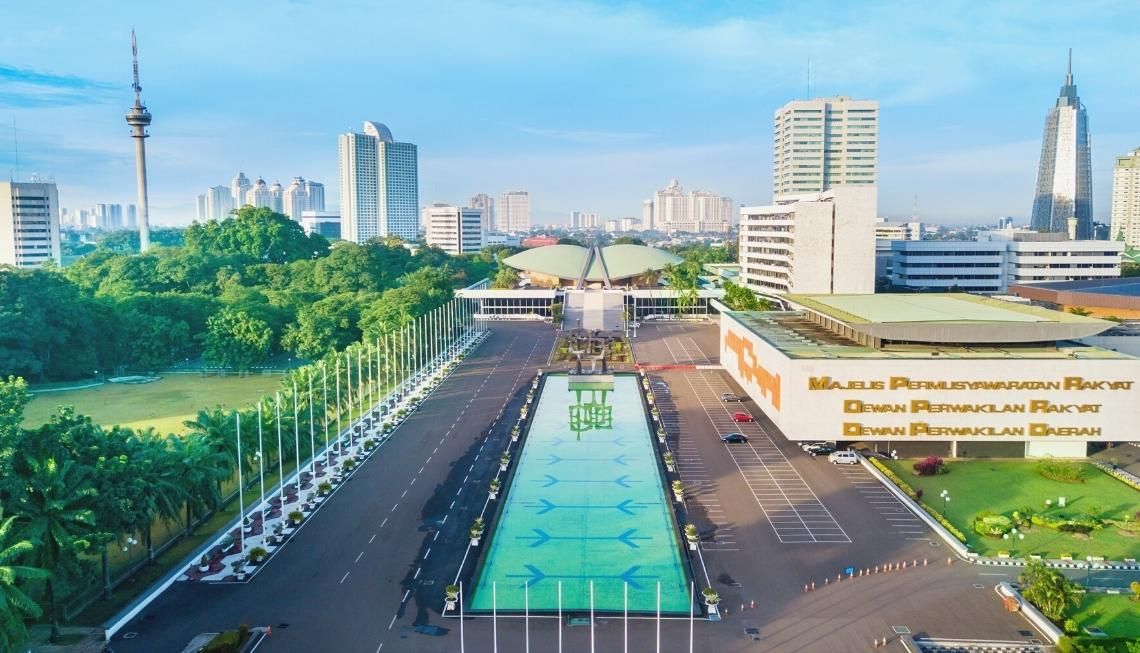 Indonesia’s goal to have a fully digital government by 2025 is a lofty one. Two years since the President’s announcement of the transition, government officials believe the nation is on track. Image: Canva

“[Indonesia’s] e-services have a common problem: they are unintegrated, unsustainable, and have low use,” wrote former Deputy Director of Public Services at the Republic’s Ministry of National Development Planning (Bappenas), Husni Rohman in 2020.

Indonesia’s inconsistent reporting of Covid-19 numbers was a clear example of this issue. A difference of up to 19,000 reported Covid cases between the central government’s numbers and regional governments’ had been reported back in 2021 by BBC. Government agencies ran independent databases with limited communication and connection, according to management consulting firm Kearney.

But Indonesia has plans to address this. Presidential Regulation Number 95/2018 specifically targets the governance of e-Government initiatives in Indonesia. This regulation comprised framework and roadmaps to guide the implementation of online governance tools in public services, according to Google Cloud.

A key strategy put forth by the regulation is the development of an integrated national portal for all government services. The regulation also touched on topics including data management, information security, and risk management.

While digitalisation efforts in 2020 still appeared fragmented, has the Republic made progress in the years since? Perwita Sari, Policy Analyst and the Coordinator of Indonesia’s e-Government Policy Formulation at the Ministry of Administrative and Bureaucratic Reform, shares that the government has begun making progress in breaking down silos and digitalising local governments.


Across Indonesia’s government agencies, KOMINFO, the country’s Ministry of Communications and Informations, identified more than 24,000 potential duplicated applications, supported by about 2,700 data centres and server rooms, Perwita shares with GovInsider. These multitude of applications, however, have been considered “inefficient and a waste of budget”, according to CNN Indonesia.

Neighbouring country Malaysia too faces the same problem, which has raised concerns amongst Malaysians about data security and the efficacy of government spending, Luke Cavanaugh had previously written on GovInsider.

At the moment, every agency has their own application, Perwita says. The ministry responsible for issuing birth certificates will have their own database and processes, and the same applies for the immigration agency responsible for passport issuance.

In the hopes of bridging these disparate applications and servers together, the Ministry has developed an e-government architecture framework which will be implemented within the year for the central government, and by the end of 2023 for local governments. “We hope that this framework can help us face the challenge of siloed applications and duplication in the efforts of application building,” Perwita says. “This will improve efficiency and reduce redundancy of applications.”

This framework will see different government agencies working together to standardise public service digital tools. Bappenas takes the lead on standardising data and information, KOMINFO will be in charge of ICT application and infrastructure, and the Cyber Security Agency will be responsible for securing these tools. Meanwhile, the Ministry of Administrative and Bureaucratic Reform oversees the business processes and digital services being implemented across the whole of government.

“We are a team and we are not doing anything in silo,” says Perwita of e-government efforts today.


While trying to integrate systems and servers across Indonesia’s central government agencies is a tall task in itself, trying to standardise digital services across its thousands of islands becomes a herculean feat. In August this year, KOMINFO announced that they intended to merge over 20,000 government applications in existence today into eight super applications, reported The Conversation.

But Professors Ika Karlina Idris and Senior Lecturer Dyah Pitaloka raised concerns about the prudence of this action. In their article on The Conversation, they underscored the need for these super apps to become a platform where citizens can give feedback and participate in policy decisions, if the goal is truly to deliver better public services.

“We have to consult stakeholders and do research before developing [e-government] systems,” she says to GovInsider. “If the system that we built is not suitable with the needs, the result of the implementation of the system will not be optimal.”

She shares an example from West Java’s own digitalisation journey. The West Java government had initially digitalised administrative work in the back offices with an off-the-shelf digitalisation solution. However, they’ve had to change the system thrice since it was first built in 2012.

This was because the original system incurred high costs for the maintenance of employee data on the platform, she explains. Eventually, Jabar Digital Services developed their own system based on a system first developed by the central government, which they then adjusted to suit the region’s local and specific needs.


While bringing all citizens and public sector officials into the digitalisation fold is the ultimate objective, work still needs to be done to ensure inclusivity for those who may not have digital access.

“We have to make sure that we have policies for digital inclusion, so that no one is left behind,” Perwita says. The first step to doing so is improving ICT infrastructure across the archipelago. Helming this initiative is KOMINFO.

The Ministry aims to bring 4G connectivity to all of Indonesia’s villages by 2024, Danny Januar Ismawan, Director of Telecommunications & Information Accessibility Agency (BAKTI), Community and Government, KOMINFO, previously told GovInsider. This will improve connection speeds and allow for cellular connectivity that will lay the foundation for bringing better quality digital services to the country, he said.

By availing digital access across all of Indonesia’s islands, government services can become easily accessible to all, even to those in the most rural of villages.

West Java, for instance, hopes to achieve this with the launch of an app by the end of this year . The mobile app will comprise key government services that citizens can use without the restriction of physical distance, Rizki says.

At the same time, Indonesia will also continue offering government services in physical locations known as public service malls. These malls will offer the same government services as what is available online, catering to those without digital access or who lack the digital literacy to use online services, Perwita explains.

To reach Indonesia’s goal of a cohesive e-Government by 2025, much still needs to be done, but Perwita is confident that the nation is on track thus far. Since 2020, the Republic has strengthened e-government services and infrastructure. They are now in the implementation stage, ensuring that government service delivery is consistent across the numerous government agencies – both central and local.

If all goes well, Indonesia’s government will be fully digitalised by 2025. Whether this goal will be met and what an Indonesian e-government will look like, only time will tell.