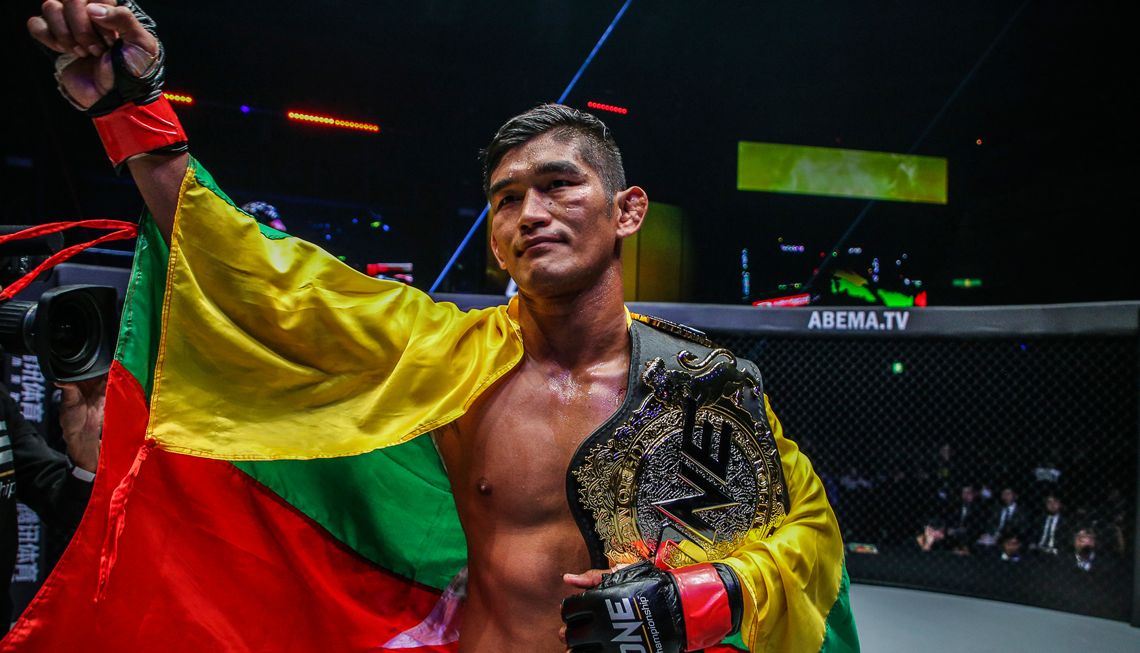 Mike Tyson famously said that “everyone has a plan until they get punched in the mouth”. So we decided to interview a Mixed Martial Arts world champion on how to stay calm under pressure.

Aung La Nsang - also known as the “Burmese Python” - holds both the ONE middleweight and light heavyweight championship. He has fought 37 fights with 26 wins, and was honoured by the Commander in Chief of the Myanmar Military for embodying the “spirit of the nation”.

He is Myanmar’s first ever world champion in any sport, and is no stranger to adversity. His first fight was a loss and he grew up as an ethnic minority in a region hit by civil war. GovInsider interviewed him on how he copes with defeat, pain, and training for different challenges.

Your first fight was a loss. How did you pick yourself up again after it? What made you keep going?

I fell in love with competing and fighting after my first fight, and I was determined to do better.

How do you deal with the pain? What do you do to cope, especially when recovering after a fight?

I embrace the pain and understand that it’s part of the fight game. After the fight I’m either very happy or sad, so the pain after a fight doesn’t really bother me.

You changed division and trained for a heavier weight. How do you transition into a new role - what do you think is most important when you are training for something new?

Being prepared and understanding what I need to do with different opponents is important. I don’t change up my training, I usually just change up some of my sparring partners. If I’m fighting a heavyweight I usually spar and practice with the heaviest guys I can find. If I’m getting ready for a tall opponent I adjust my training partners. On a day to day basis we just work on getting better.

Talk us through your daily routine. How do you train? How do you motivate yourself?

How do you relax? What takes your mind off of the fight?

I like to go fishing, or take my wife out on a nice dinner date.

What are social causes in Myanmar that you are passionate about?

Education is the social cause in Myanmar that I’m most passionate about. Another project that I’m collaborating on is for gender equality and tackling domestic violence. And then the final one is the anti-drug campaign that I’m working on with the US embassy.