Old is gold: How healthy ageing can turn things around for greying societies

The Global Roadmap for Healthy Longevity seeks to provide a blueprint for guiding societies through the challenges and opportunities as the proportion of older people continues to grow. 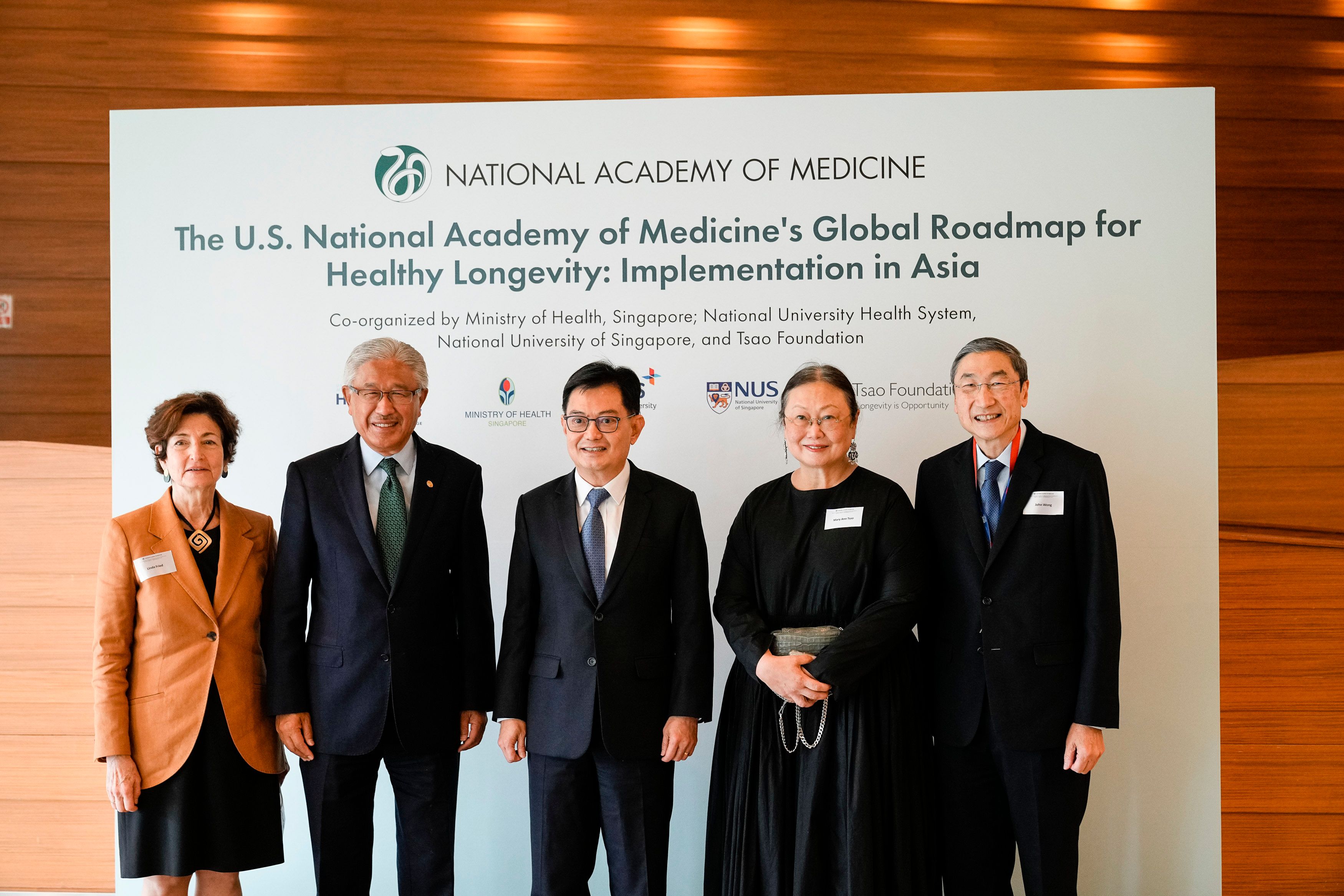 Two years ago, humanity reached a demographic tipping point. For the first time in recorded history – and almost certainly ever – the number of people on the planet aged 60 years and over outnumbered those younger than five, according to the World Health Organisation.

Rapid advances in medical technology and healthcare have had the welcome effect of extending people’s life expectancy in every corner of the globe. Yet what might be characterised as an unambiguous win for humanity has brought challenges of its own as our societies age at an unprecedented pace.

The year before that demographic milestone was passed, the US National Academy of Medicine convened an international commission to project what a healthily ageing world could look like. Its report, the Global Roadmap for Healthy Longevity, launched in Asia last week, identified seven areas in which it recommended that societies take immediate action to ensure that intergenerational ageing societies are thriving three decades from now.

Professor Linda Fried, Co-Chair, Commission for a Global Roadmap for Healthy Longevity, USA National Academy of Medicine, told attendees at the launch event: “A real transformative vision is needed to create a world for longer lives – for this second half our lives that we never had before.”


Early evidence suggests that as people get older, they can acquire new kinds of higher problem-solving skills and cognitive abilities that they would not have had when they were younger, Fried said. They include an improved ability to separate complex societal problems into their discrete component parts and a stronger capacity to decide which of society’s values count when it comes to solving future problems.

Fried said that older adults are more likely to have achieved typical social goals and consequently better able to move on to assist people around them and provide leadership to future generations.

As people get older, she said, they develop a stronger personal drive to figure out what their lives are worth, and to leave the world a better place than when they discovered it. She said they also have a greater sense of urgency stemming from a mindset that might be best summed up as: “We’d better get it done because I’m not going to be around forever.”

Fried said: “All of this adds up – in part and in sum – to what many over millennia have called ‘the wisdom of time’. In fact, there is a burgeoning science to try and understand what wisdom really is, and even to suggest that we could train people to be ‘wiser’.”

Many policymakers with any interest in ageing find themselves preoccupied with concepts such as the old-age dependency ratio, which has increased dramatically in the past two decades. But Fried challenges the assumption that this measure of age weighing equates with increasingly dependent and unproductive populations.

“Getting older is not just about needing things or a potential for dependency, but older adults bring assets of immense potential value – if we enable them,” she said.

She said many non-monetary contributions to society have not yet been accounted for by economic valuation models related to ageing, but that researchers are starting to quantify them. For example, older adults have been shown to contribute 7 per cent of GDP in the European Union – an estimated €1.1 trillion (US$1.1 trillion), according to the World Economic Forum.


Zhao Yaohui, a Professor of Economics at Peking University’s China Center for Economic Research, said that number could be even higher if countries started to fully utilise the work capacity of older people.

“Many people [in low-income countries] lack the resources to stop working until they drop,” she said. “For these people, healthy ageing improves their wellbeing.”

She said that in developing countries, the solution to the problem involves boosting people’s financial security, especially for the growing proportion of older people working in the informal and gig economies.

Zhao said that in higher income countries, even though people typically enjoy better health than their lower-income counterparts, they retire too early, leaving much of society’s work capacity unutilised.

She said all high-income countries have substantial excess work capacities, disproportionately among women, and that significant variations exist across countries.

“A lot of work decisions are not entirely made by older people themselves,” she said. “Employers often discriminate against older workers, and older workers themselves might often lack the skills to get hired for the job.”

Fried said: “It’s clear that workers in poor health are those who will not benefit from healthy longevity and are more likely than their healthy counterparts to transition out of work and into unemployment, disability, pensions and early retirement, so health is clearly a driver of whether people are able to stay engaged.”

She said that to maintain people’s engagement in society and the workforce, healthcare systems will have to transition from being reactive to being preventative, creating a continuum of community care – a key recommendation of the Healthy Longevity Global Roadmap.


Professor John Eu-Li Wong, Co-Chair, Commission for a Global Roadmap for Healthy Longevity, USA National Academy of Medicine, said raising the retirement age would prove to be a very blunt tool, and that the work issues raised by ageing populations hinge on job redesign.

“There’s a whole science in learning for older people that really needs to be developed,” Wong said, floating the idea of a “Ministry of Older Education” to look after everyone from the age of 50 to 90.

Professor John Beard of the ARC Centre for Excellence in Population Ageing Research at the University of New South Wales, proposed that retirement needs to be decoupled from pension access.

Zhao added that governments, employers and educational institutions – in both the public and private sectors – need to start redesigning work environments and policies to incentivise older people to work after the age of 63, based on evidence about how people learn at different ages.

The message from the report is clear: Enabling the aged is enabling our future selves – and solid steps must be taken to create fully engaged societies in which people of all ages are valued. Governments will have to rethink workforce structures and retirement schemes, and co-design living and healthcare infrastructure. If they take up the mantle, countries can move that much closer to an age-inclusive future.