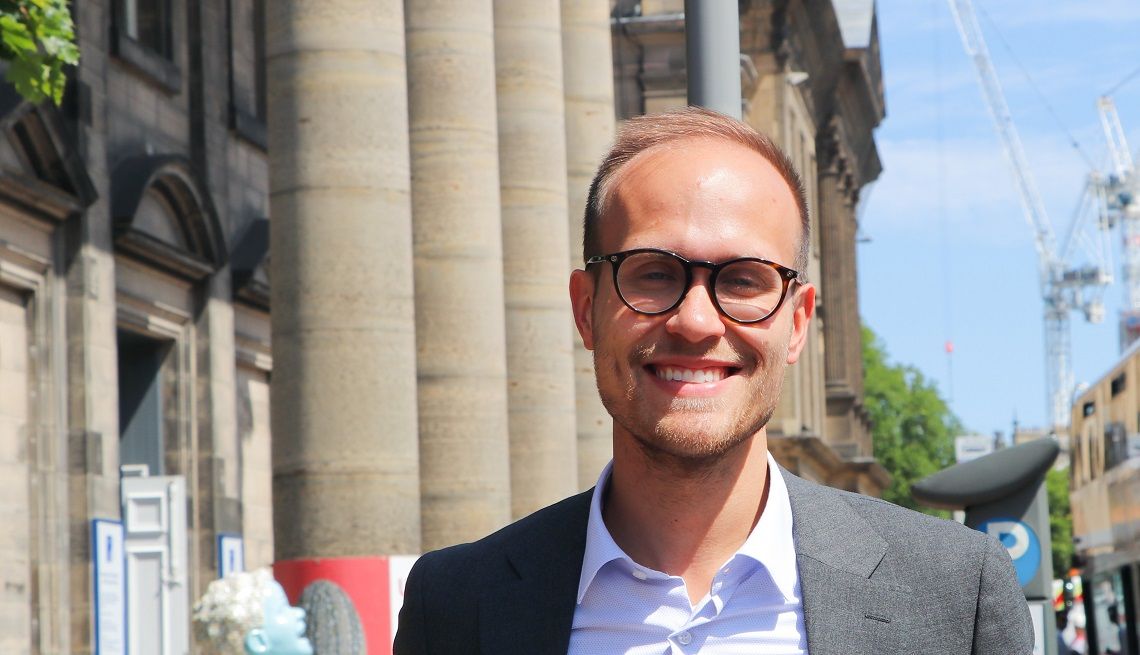 When Estonia has an idea, the world tends to pay attention. From Skype to the pioneering e-Residency programme, this small nation punches well above its weight - especially when it comes to digital government.

But the nation must constantly adapt to keep up with the latest tech. Its IT infrastructure is ageing, and its data needs cleaning up. “Data governance, data quality - this is something that no one has really paid too much attention to,” says Chief Data Officer Ott Velsberg.

The nation has appointed its first Chief Data Officer to ensure it makes the most of what it’s got. From AI-powered healthcare, to pinpointing rural subsidies, data enables great developments. GovInsider interviewed Velsberg on the sidelines of the recent ConnectGov Leaders Summit organised by CIO Academy Asia in Edinburgh to find out more.


Services when you need them


Estonia plans a big push towards automated, proactive public services. This means that the government preemptively steps in to help or assist when the citizen needs it, Velsberg says, instead of when they request for it.

One major project is for AI in healthcare, where algorithms can help to predict when people need to have medical checkups based on their healthcare records and pre-existing conditions. Diabetes sufferers, for instance, may be called into doctors’ offices more frequently in a year than healthy people.

The end goal is improved healthcare services and cost efficiency, remarks Velsberg - a timely move as healthcare costs all over the world rise at alarming rates. “Just a few weeks ago, I received a call from my general practitioner saying that it is my yearly checkup time,” he says, a common experience in this preemptive nation.

Besides healthcare, Velsberg wants to see if AI can help in unemployment. Countless jobs today face disruption - and obsolescence. Algorithms could predict which jobs are in danger of disappearing, and “give a recommendation of where you could go next”, he says. “We could, in theory, give a heads up to you and say that you should perhaps choose another one,” he explains.

The Estonian Government already uses machine learning to carry out profiling, and to give recommendations on jobs that people should or shouldn’t apply for. Estonian job centres enabled by AI have been able to successfully match people with jobs they are most suited to do, based on their work history.

AI-powered job matching “actually has a higher success rate than we previously had”, Velsberg notes. The numbers don’t lie - around 72% of people who were suggested a job by the algorithm were still employed six months later, compared with 58% of those advised by a human, Sifted has reported.

A third rapidly transforming area is justice. In the future, Velsberg plans to work with the Ministry of Justice to build algorithms that can help adjudicate small claims disputes below $8,000.

These AI-enabled successes are made possible by government working closely with industry. “We help to think through the projects, and we fund the projects; but the project in the end is carried out by the private companies,” Velsberg says. “It's all hand in hand with the private sector.”

At the same time, with the shift from straightforward, rule-based decision-making to more ‘human’ decision-making, there is a fine line to thread between being proactive and being authoritarian: “This brings us to the question of, should the government be as proactive as we think right now?,” asks Velsberg. “Should the government become a mother figure taking care of citizens?”


Any conversation about AI would not be complete without talking about data. Velsberg describes data in the Estonian Government as a box full of toys, but no one is sure of exactly what kinds of toys lie within. “You haven't really figured out whether some of them are Legos, where are the cars, where are the action figures,” he explains. “You know that all the toys are inside, but nothing is done; it’s the same way with data.”

The government hopes to build a data economy where everyone - from government teams to researchers to citizens on the street - can use, share and exchange data. But “if the data quality is not there, then we cannot actually talk about giving out open data”. The current blindspots include metadata classifications and semantics, which have been done “through each ministry, each agency's own perspective”.

There are two parts to fixing this: Velsberg wants to appoint “data stewards” that would essentially act as product owners for a ministry or agency’s data. They would be well-versed in data analytics; make sure their data is high quality; make decisions on who to share the data with; and have an overview of all the datasets that they own.

Such skills do not yet exist within the country, so he is working with partners to train select civil servants as data stewards across the government. And just last year, his office helped launch the first master’s degree programme in data science in Estonia, says Velsberg.

And these stewards need to be centrally-led. Velsberg is working with a government agency, Statistics Estonia, so it may take on a central role in setting out data governance and quality standards for the rest of government to follow. “We have already set out the metadata standards,” he adds.

The first step to better data governance is to “understand what data you actually own, and where the risks reside”, he says. Second, you appoint someone to take ownership of it, Velsberg advises.

Data cannot be an afterthought for governments anymore. Even Estonia, a digital pioneer, has to step up its game. Velsberg has been appointed to bring about that change.