Exclusive: How Singapore is predicting floods 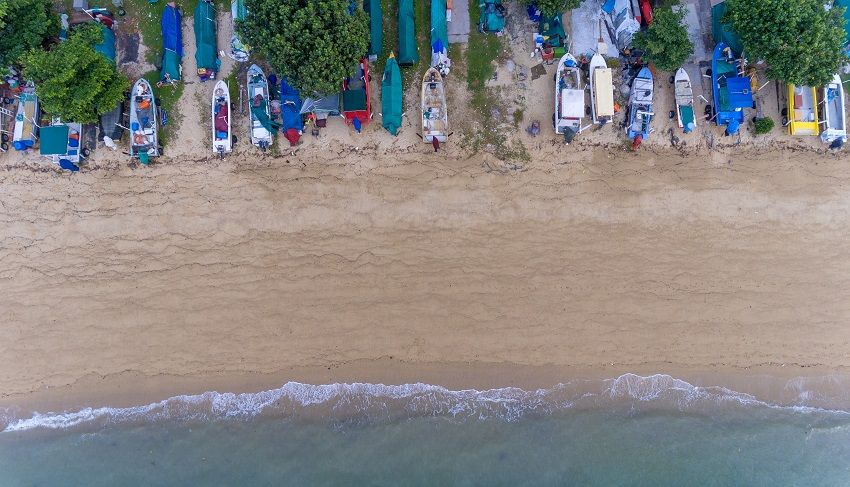 It’s not good when things go down the drain, unless it’s floodwaters.

PUB, Singapore's National Water Agency, has built an extensive drainage system to hold rainwater, and is using IoT sensors to keep it there. The sensors monitor water levels in the drains and provide early warning on likelihood of drain overflow.

The island state faces flood risks not just from heavy rainfall, but from rising sea levels as well. Two experts from PUB share how Singapore is predicting floods and downpours, and how it will protect its coastlines from the rising tides.


Use data to manage rainwater


Singapore is experiencing heavier rainfall than it did 30 years ago, increasing pressure on the system.

PUB manages this by monitoring the level of water in drains and canals in real time. When a drain comes close to maximum capacity, response teams will receive alerts to manage potential flooding.

When the water level in the canal is high and there is potential for flooding to occur, PUB will deploy on-the-ground response teams to the site in anticipation to divert the road traffic away from the flooded areas. They will also help potentially affected premises in building up flood protection barriers.

The team at PUB uses data analytics to identify flooding hotspots in the country, such as low-lying areas. On-the-ground flood response teams can then better prepare when heavy rains hit.

PUB is continually gathering data to understand rainfall and stormwater flow patterns. Yeo Keng Soon, Director of the Catchment and Waterways Department shares that his team is looking to AI to predict heavy rains more accurately.

The team will also use historical data from water level sensors installed in the drains and canals to carry out post-event data analysis. This allows the team to detect abnormally-high water levels during smaller downpours. This may be a sign of a blockage, which can lead to flash floods if not mitigated, he says.

Being able to react quickly and pre-empt floods are central to PUB’s flood resilience strategy. The traditional approach for managing floods is to widen drains and canals, but it’s impossible to dig for drains indefinitely. This data-driven approach “provides less disruptive and cost-effective localised drainage solutions,” explains Yeo.


Earlier this year, PUB launched its own weather monitoring tool to better predict heavy rainfall. This new system adds to the weather data that PUB already receives from the Meteorological Service Singapore.

PUB’s new tool provides much finer detail about where heavy rainfall is expected to occur, says Yeo. While rainfall alerts from MSS only give information on the general region - the northwest of Singapore, for instance - the new tool can give the street names. This will shorten the time on-the-ground flood response teams need to reach the target area.


For sensors and real time monitoring to work, the drains and canals must first be effective. Over the last decade, PUB has poured its efforts into strengthening flood protection infrastructure. Singapore has spent almost S$2 billion on its drains since 2011, and it will invest another S$190 million on drainage infrastructure this year, says Yeo.

PUB’s initiatives include increasing drain capacity, mandating temporary rainwater storage tanks for larger developments, and raising the ground level. For instance, the water agency worked with Changi Airport Group and the transport and urban redevelopment ministries to ensure the latest airport terminal will be built 5.5m above sea level.

For one of Singapore’s new public housing estates, PUB will build a stormwater retention pond in a nearby park. This pond doesn’t just create a scenic space, it will slow down the flow of rainwater in the drains and reduce the risk of flash floods, says Yeo.


The threat to Singapore’s shorelines


Inland floods are just one problem. For a tiny, low-lying island like Singapore, the threat of coastal floods is existential.

Singapore’s average sea level has risen 14cm from pre-1970s levels, which means the country is “highly vulnerable” to global warming, reveals a recent report from the Meteorological Service Singapore. That’s not all - Singapore will feel the effects of sea level rise particularly acutely because of how close it is to the equator.

“The weakening of gravitational pull at the North and South Poles means that water from the ice melt will be drawn towards the equator, making equatorial regions about 30 per cent more vulnerable to rising sea levels compared to other regions,” explains Hazel Khoo, Director of Coastal Protection at PUB.

With a third of its land area lying no higher than 5m above mean sea level, Singapore needs to be prepared for coastal floods. This means stormwater must be channeled into the sea during intense rains, and rising seawaters must be kept away from the inlands.


PUB’s coastal protection strategy will come in waves. The first is a series of studies by JTC and PUB to develop long-term strategies for protecting Jurong Island and the City-East Coast stretch. These two segments along Singapore’s coasts were highlighted to be “vulnerable” by Prime Minister Lee Hsien Loong last year, says Khoo.

PUB will explore a combination of hard structures and natural solutions to protect its coasts. Hard structures include pumps and barriers to keep seawater out. Given Singapore’s land constraints, these infrastructure will be built to also serve as community amenities, says Khoo.

The water agency will also turn to natural solutions to protect its shorelines. These include using mangroves to dissipate wave energy, and living shorelines to promote biodiversity, Khoo shares. Currently, more than 70 per cent of Singapore’s coastline is protected from erosion by waves with hard structures, such as concrete seawalls and rock slopes, she adds.

The threats that floods and climate change bring are growing every day. But PUB is working hard to ensure that Singapore will be prepared - come hell or high water.