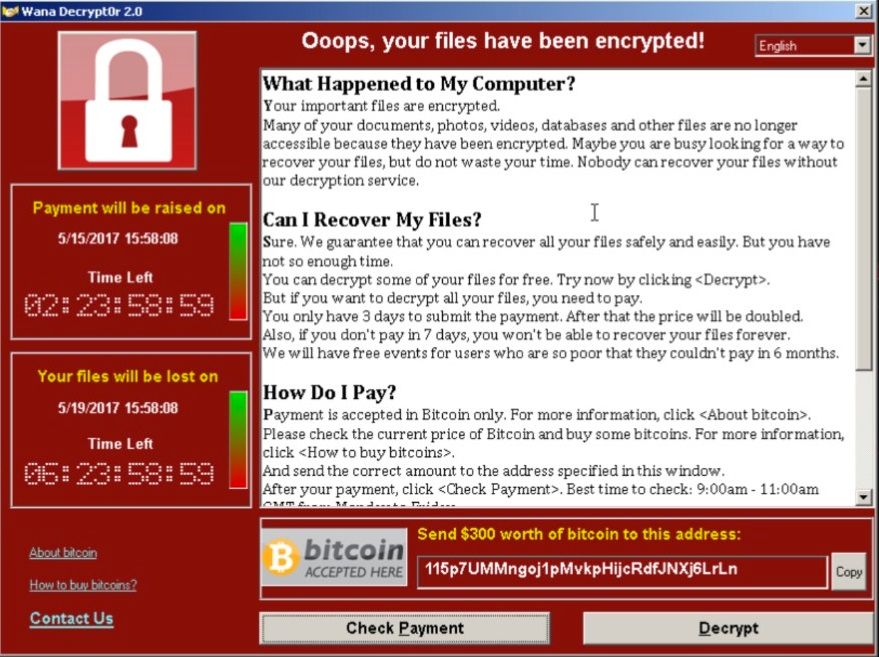 In Indonesia, two major hospitals, Dharmais Hospital and Harapan Kita Hospital in Jakarta, were affected. “Efforts to localise the infected server are underway to prevent (the ransomware) from spreading,” Semuel Pangerapan, a director general at Indonesia's Communication and Information Ministry told Reuters.

The ransomware - called WannaCry, WannaCrypt, WanaCrypt0r 2.0, or Wanna Decryptor - hit nearly all the computers in Dharmais Hospital. IT systems with patient records and billing were locked up, Abdul Kadir, president-director of Dharmais Hospital, told Reuters.

University hospitals in Seoul have been affected, but officials are unclear whether it’s the same ransomware or other malware.
And schools and universities in China were hit, according to the country’s official news agency.