Rethinking cities: What leaders have been getting right or wrong

Cities have always been driven by a sense of experimentation. As the world confronts a future of uncertainties, GovInsider looks at the changing definitions of what makes a ‘good’ city and how city leaders can reshape urban planning. 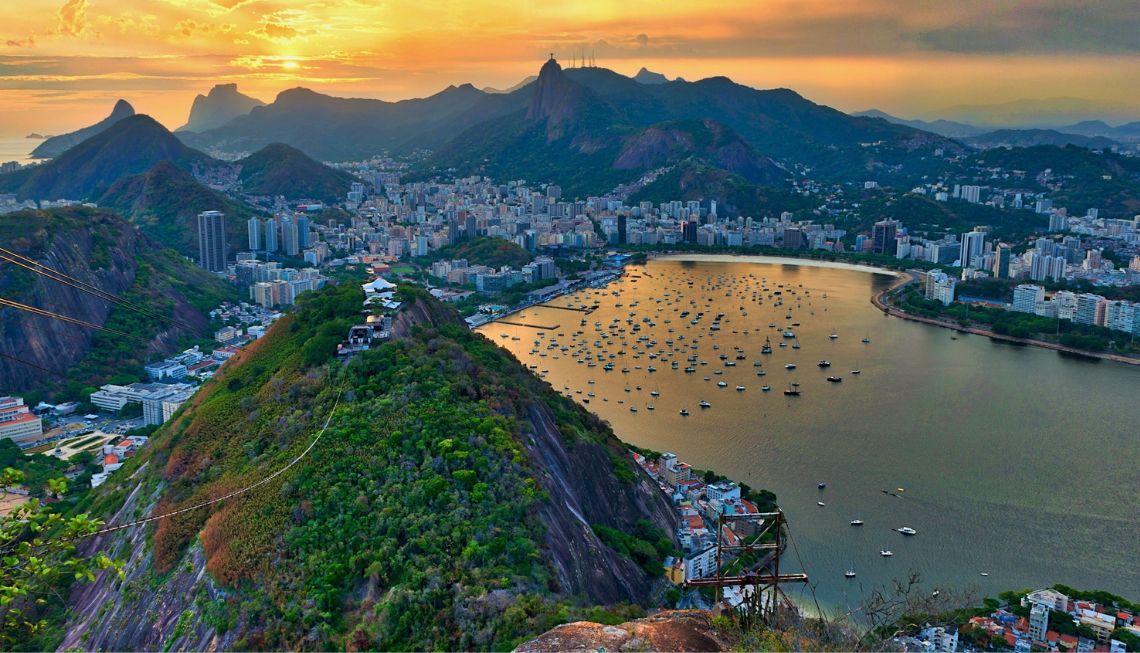 Though Rio de Janeiro has invested significant amounts of funding into becoming a smart city, it may have only worsened existing inequalities. Image: Canva

What a ‘good’ city looks like in the 21st century might be vastly different from how they were traditionally conceived—as a spectacle of the excesses of industrialisation. Think engines of rapid economic growth, typically fuelled by carbon-intensive modes of living and hubs of manufacturing.

But governments around the world are embracing a shift towards building more inclusive, smart, and resilient cities. This has led to new planning and governance approaches to create a ‘good’ city— which has become increasingly complex to define. Are smart cities just about incorporating cutting-edge technology? Are resilient cities just about building robust infrastructure or more flood defences in the face of climate change?

Hugh Lim, Executive Director of the Centre for Liveable Cities in Singapore, and Luis Bettencourt, Professor and Pritzker Director of the Mansueto Institute for Urban Innovation at the University of Chicago, share how city planners are rethinking urban planning in view of the complex challenges that they are facing.

Cities of the past and present


For the bulk of the 20th century, the city was conceived as a “set of problems that need to be solved”, shares Bettencourt. Urban planning was focused on creating the perfect city through building denser housing, expanding the traffic network, or incorporating cutting-edge technology.

But this doesn’t create great cities, he says. Instead, it creates cities that can grow only by having more spaces and a larger transmission network, resulting in overly dense and non-walkable neighbourhoods.

Now, a new form of technology is driving cities, with data centres and automated systems at the forefront of the ‘smart city’. Singapore is pursuing its Smart Nation Initiative, while other governments are building smart cities from scratch, such as Neom in Saudi Arabia and Woven City in Japan.

But the smart city has its flaws too. Cities might engage in a blind race of incorporating as much technology as possible, creating an unrealised utopia instead of a city truly for the people.

Before hosting the 2014 FIFA World Cup and the 2016 Olympic Games, Rio de Janeiro positioned itself to become a smart city. It established two big data operation centres, costing a total of US$40 million, that function as monitoring centres filled with surveillance cameras, reported The Atlantic.

But the project has largely failed, Bettencourt says. While technology aimed to help Rio manage itself better, it ended up turning the city into a massive surveillance room, he explains. Underneath the image of ‘smartness’ lies high social inequality and people still living in informal squatters.


The biggest obstacle to developing good cities is to see the city as a “social environment first, and a built environment second”, Bettencourt says. Understanding the city in this manner inverts the way planners traditionally view the city, as it requires planners to zoom in and see the city from the individual’s perspective.

For instance, critical to a smart city is the socio-economic life of residents, which is missing from the concept of a smart city that merely focuses on the utility of technology. Instead of regarding technology as a “prescriptive, command-and-control tool”, the smart city should harness technologies as enablers to enhance people’s lives, Lim says.

He adds that keeping vulnerable groups in mind helps to set a higher standard for digital adoption by the entire city. Singapore’s SG Digital Office was established to help less digitally-savvy populations. Digital Ambassadors train elderly people in basic digital skills such as accessing government e-services and digital banking. They have also helped hawkers adopt e-payments, reported GovInsider. Since 2020, they have trained over 150,000 elderly people and empowered over 11,000 hawkers.

Adopting a human-centred approach to planning also supports the city’s vibrancy, says Bettencourt. A way to do that is to focus on developing places where “life on the streets can happen more”. In Singapore, parts of the city such as Arab Street and Chinatown are filled with much character and culture, where diverse business owners and people gather to breathe life into these places.

He notes that “the sort of good cities that people like to visit [are those with] a sense of inclusion and equity”. By encouraging more public life in these areas, there can be spillover effects—from increases in tourism to encouraging small-scale entrepreneurship, which promotes social equity as businesses are not just dominated by big corporations, he adds.

At the end of the day, the role of the urban planner is to assist the city, not to determine it, Bettencourt says. “It’s not just about building larger infrastructure… but also about helping spaces already pleasant thrive.”


A scientific approach helps planners model and understand the city in all of its complexities, Bettencourt says. The city is a “system of systems”—all the various systems in a city, including its built infrastructure, socioeconomic network, technology and ecology, need to be aligned for the city to run well, he adds.

Governments also need to understand that cities are complex systems that involve different agents acting at various scales, Lim says. For instance, people, households, and businesses interact with each other differently and make unique decisions in relation to the environment around them.

Understanding these patterns of interaction can “boost cities’ capacities to anticipate and respond to emerging trends by incorporating a scientific basis to their plans”, he adds.

The shift to understanding cities as a complex system is enabled by better data and technologies that allow planners to measure cities with more precision and at more localised scales, says Bettencourt.

First, data can make a city’s operations more efficient, he shares. Running the transit or waste collection systems of the city is often data-intensive. When governments have more data about how people use these services or how frequent disruptions occur, they can create a better system for the people.

Second, data can be used by individuals directly. Governments can create platforms of knowledge that allow people, businesses, and other agencies to make better-informed decisions, he says. For instance, Singapore’s Urban Redevelopment Authority has published an integrated map portal that features mapping services and data, such as conserved sites and real-estate information.

These two functions of data can come together in driving future innovation and policies. Lim notes that capitalising on data allows city planners to “create a tighter experimentation loop”. Governments can roll out interventions quickly, and adjust them if the results do not match expectations.


A good city needs to build the resilience and flexibility of its urban systems, says Lim.

Cities need to be prepared for future crises, which requires agility. This can be done by leveraging various technologies, he adds. Creating a digital twin of the city can help cities better design and prepare for challenges, while simulating a range of outcomes for city planners to refine their solutions.

For instance, Singapore’s Energy Market Authority developed a digital twin of Singapore’s energy grid that allows them to monitor the energy grids and identify issues early, while assessing the impact of new renewable energy sources, reported GovInsider. This helps Singapore scale up the adoption of low-carbon alternatives in the energy sector.

Furthermore, to promote community resilience, Lim says that fostering an engaged citizenry is an essential component. While plans and policies can help cities tide over crises, they are only more effective and sustainable with strong ground ownership and support. Thus, there is a growing role for the public to co-create solutions with city leaders, he highlights.

In Singapore, the hardware of the city, which refers to its physical infrastructure, is designed to support the “heart-ware” or social capital, shares Lim. Neighbourhoods and town centres are vibrant social spaces that offer opportunities for residents to bond and mix.

A case study is CLC’s “Building Community Resilience@Cambridge Road”, where 70 residents came together to transform an unsheltered walkway into a green corridor, according to The Straits Times. Community greening efforts cultivated community bonds among residents and fostered a greater sense of ownership. It also connected the community’s aspirations with national sustainability goals, while allowing members to understand how they can contribute to global efforts, Lim says.

To remain agile to future challenges, Lim says that cities should have a ‘safe-to-fail’ environment for them to experiment with new solutions. In addition, it is important that they inspire citizens with a vision of a better future that they are willing to contribute to.

“The nature and scale of the challenges of our time require us, more than ever, to work together—both domestically and globally,” says Lim. “Only then can cities be truly greater than the sum of their parts.”