How Singapore can thrive in the US-China trade war

An interview with Bruno Maçães, author and former Europe Minister of Portugal. 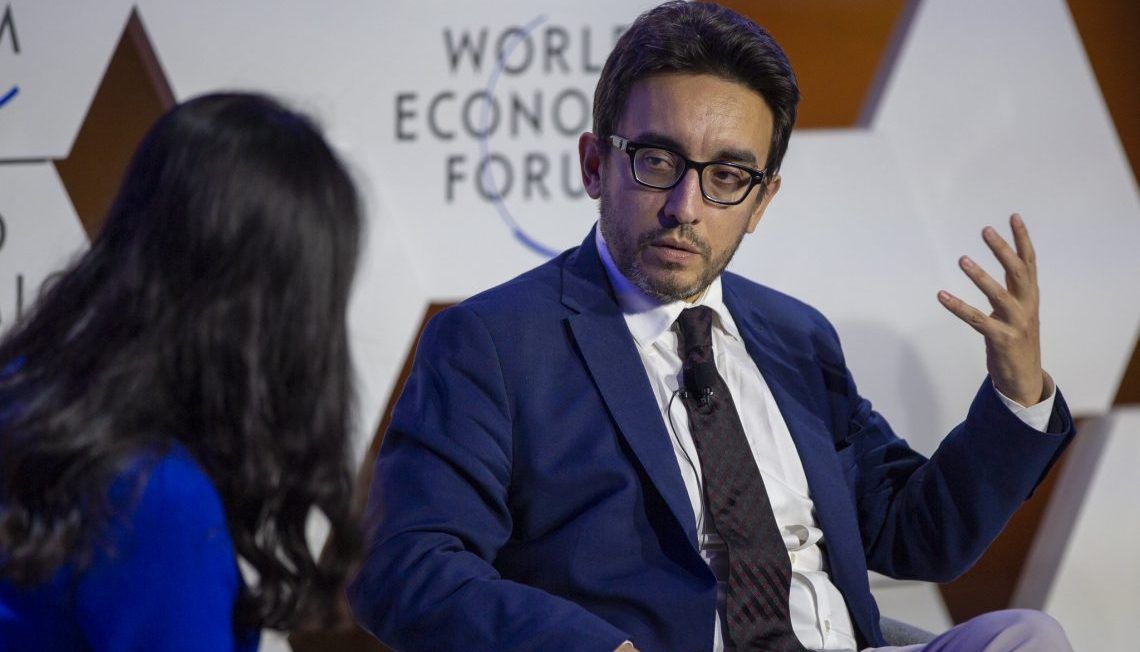 Bruno Maçães sips his tea. It’s from the Indian town of Darjeeling on the Himalayan foothills. “Is that close to the Doklam area near China and Bhutan?”, he asks. My conversation with Portugal’s former Europe Minister has gone from tea to geopolitics in a few seconds.

The interest is obvious - he recently published a book on the rise of China’s Belt and Road initiative. Maçães was invited by the Singapore Prime Minister’s Office to reimagine geopolitics in Asia at a government conference last week, and discuss possible scenarios with policymakers, civil servants and academia.

On the heels of these meetings, he sat down with GovInsider to discuss the future of foreign policy, the impact of globalisation, and the roots of populism. He thinks that Singapore can, contrary to popular belief, thrive in an era of trade wars and global uncertainty. But it will have to assess some basic principles, he believes.


The US-China trade war is forcing Singapore to “rethink many things”, he says. “It really questions some of the fundamental assumptions on which Singapore is based: an open international system, where a small country can thrive, where there are rules, where you don't have to take sides; where you can be close to US and dependent on a security alliance with the US, but do a lot of business with China.” Foreign policy should be more “competitive” to cope with the effects of the trade war, showcasing strengths in areas where the US and China need help, Maçães believes.

In the case of China, this is technology - a key pillar of the Belt and Road initiative, which Maçães chronicles in his latest book. “For China, [Singapore] will become more and more important as a source of technology, as they can't get access to technology from the US,” he says. According to the US Centre for Strategic and International Studies, China produces only 16 percent of the semiconductors it uses and is largely dependent on foreign suppliers for advanced chips.

Singapore is “absolutely critical” to this supply, Maçães says: It is one of the few countries which can now reliably provide chips to the booming Chinese electronics industry. “The number of countries that can deliver in these areas are basically half a dozen. And Singapore, I think, China will see as more reliable and important for its future development.” Singapore hosts facilities from the world’s top semiconductor companies and is one of the main export hubs for chips in Asia, along with Taiwan and South Korea.


Security with the US


The city-state is a key ally to the US, supporting the rules-based international order. “For the US, it's a critical country in a critical area of the world with the South China Sea and some of the fastest growing economies like Indonesia here,” he says.

If Singapore can win the favour of both countries, it will continue to be in a strong position. “If you think that both countries really cannot lose Singapore - China cannot be closed off to the Singaporean economy; US cannot lose strategic security ally - then you might conclude that Singapore would be able to leverage that position, and be able to get important advantages, both economic and security wise.”

The nation could, however, pay a price for the ongoing rivalry. For example, “Singaporean companies will now be subject to a lot of scrutiny as they do business in the US because US authorities will want to determine the extent of Chinese connections, Chinese investment, and so on. So that's a cost you'll pay,” he believes.


Populism in the West


The US-China rivalry is playing out against a backdrop of rising populism in the West. Maçães argues that populism is a result of global redistribution of power - and not domestic politics. “If your ability to project power is reduced, then it's almost a mathematical relationship, that nationalism and populism will grow.” This could partly explain Brexit, for example.

Populism has risen in countries that have historically been secure in their economy and defence. These are feeling the growth of powerful new economies and an influx of other cultures. “We felt so invulnerable, that the roots for populism and nationalism were not there. And I think historically, we see that it's when countries are under threat from the outside, that threat tends to be magnified and just rise to the top with nationalist movements,” he says.

France is an example of this. “This perception that France is being colonised by a different culture, is what is behind the Front National and Marine Le Pen, in my opinion,” he says. This, he adds, is “a distortion of the facts but still, it's a powerful perception”.


A nuanced view of globalisation At the same time, leaders will need to visibly defend their domestic interests. “Many politicians in the West also make the mistake of suggesting that there is no competition in the global system, that everyone is just cooperating, that there is no difference of interest.” Barack Obama is guilty of this to some extent, Maçães adds. “That creates suspicion among the voters, because the voters know from their own lives, that life is tough and competitive.”

National leaders will need to take a more nuanced and balanced view of globalisation. “A politician who is comfortable with the rise of China and with the rise of India; and is optimistic about that. But at the same time tells voters that Chinese interests, and Indian interests are not necessarily the same as ours; and we are powerful, and we will compete and defend our interests”.

Angela Merkel, he says, is the closest example of this approach among current world leaders. “She will every now and then talk about Russia and China as potential threats. But at the same time, she is not a xenophobe, and she's open to the world.”

Can Singapore prosper in an age of global turmoil? “This is a major crisis for Singaporean foreign policy, and maybe for Singapore itself - maybe the most important crisis of the last two decades,” Maçães believes. But Singapore is in powerful position to ride it out and even thrive.

Maçães was a speaker at the International Risk Assessment and Horizon Scanning Symposium organised by the National Security Coordination Secretariat, Prime Minister's Office of Singapore.