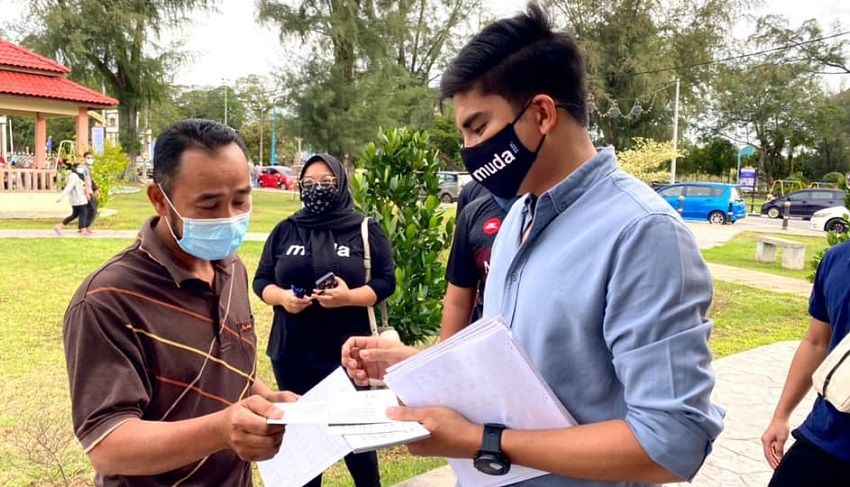 En Marche! was barely a year old when it swept the national elections, giving France its youngest president ever. The movement has been called a political startup - it is led by a small team, and used digital tools and data to lead decisions.

Syed Saddiq’s new youth-focused political party, Malaysian United Democratic Alliance (MUDA), will follow a similar model. GovInsider spoke to Syed Saddiq to learn his vision for the next generation of leaders in the country.


Syed Saddiq, Malaysia’s former youngest minister, founded MUDA last year. He wants to run it like a “political startup, which is lean and mean, but very focused on policies”, he says. He was inspired by Macron’s En Marche!, which was “able to break through the traditional political walls which have been erected for decades”.

MUDA mirrors En Marche! in that it will run mainly on crowdfunds from a large donor base. Macron’s 2017 presidential campaign relied on small donations of about 250 euros (US$300) each. These amounted to 6.5 million euros (US$ 7.8 million), according to Carnegie Europe.

MUDA has strict policies around how much each person can give to the party, so it’s not tilted too much towards the interests of a handful of people. “We truly serve the people, because that's where most of our funds come from”, he says.


Syed Saddiq is using the same crowdfunding strategy to help the underprivileged in his constituency. He is currently the Member of Parliament for Muar, Johor.

He launched two fundraising campaigns to buy laptops and tablets for poorer students. The first gathered about RM400,000 (US$97,000) and distributed 300 laptops. In the second, he offered public speaking and critical thinking lessons, and used class fees to buy tablets.

Syed Saddiq plans to start a special fund to help parents invest in their children’s education early. Whatever sum parents place in the fund, the government would contribute the same amount. This money can then be used to pay off school fees when the child grows up.

The Malaysian government subsidises 90 per cent of public universities’ tuition fees. But the remaining 10 per cent can still be burdensome for poorer households, he says.

This fund can encourage parents to prioritise their children’s education. “When you invest early in education, you signal to parents from underprivileged backgrounds” that it is important, he explains. Data was central to Macron’s presidential campaign. Volunteers went door-to-door to interview citizens on the challenges they faced. This data was translated into “a 176-page diagnosis of France’s problems”, and allowed Macron’s campaign to address actual needs, wrote Carnegie Europe.

Right now, Malaysia’s policies aren’t backed by enough good data, analysts say. For instance, the government has an incomplete database on vulnerable groups in the pandemic. This limited the effectiveness of its one-off financial support schemes, EMIR Research found.

The national economic policy, meant to alleviate poverty, is another example. The policy has been in place for decades, but “still a quarter of Bumiputra Sabahans live below the poverty line”, Syed Saddiq points out. Sabah has some of the richest natural resources in the country.

“It tells you that evidently, the policy does not work because it's not based on data,” he says.


Social media as a disruptor


Syed Saddiq sees social media as a great tool for MUDA to reach citizens. “The social media landscape has almost equalised the playing field, where new players can come in a lot faster.”

Data gathered from social media is also useful for understanding citizen concerns, he explains. Policymakers can analyse on the ground sentiments and design policies that serve the people’s greatest needs.

India’s MyGov platform was built upon this principle. It serves as a mega social media platform for the government to distribute information and invite citizens to share their needs. The recent national annual budget includes suggestions from the people, MyGov CEO Abhishek Singh told GovInsider.

Such tools for engaging the people could be especially helpful in Malaysia, where young people are underrepresented in government. The country’s median age is 29, but the average age of its lawmakers is around 55, Reuters reported.

MUDA aims to shake up youth leadership in Malaysia. “As young people, we must embrace the idea that we are the generation of disruptors,” he says. He is optimistic about the change and agility that a younger wave of leaders can bring to Malaysia’s policies.