Public-private GovTech partnerships need not be limited to tech giants or cutting-edge innovations. Thailand and Bangladesh are demonstrating how public-private partnerships at the most local levels can be a force through which digital exclusion is tackled. 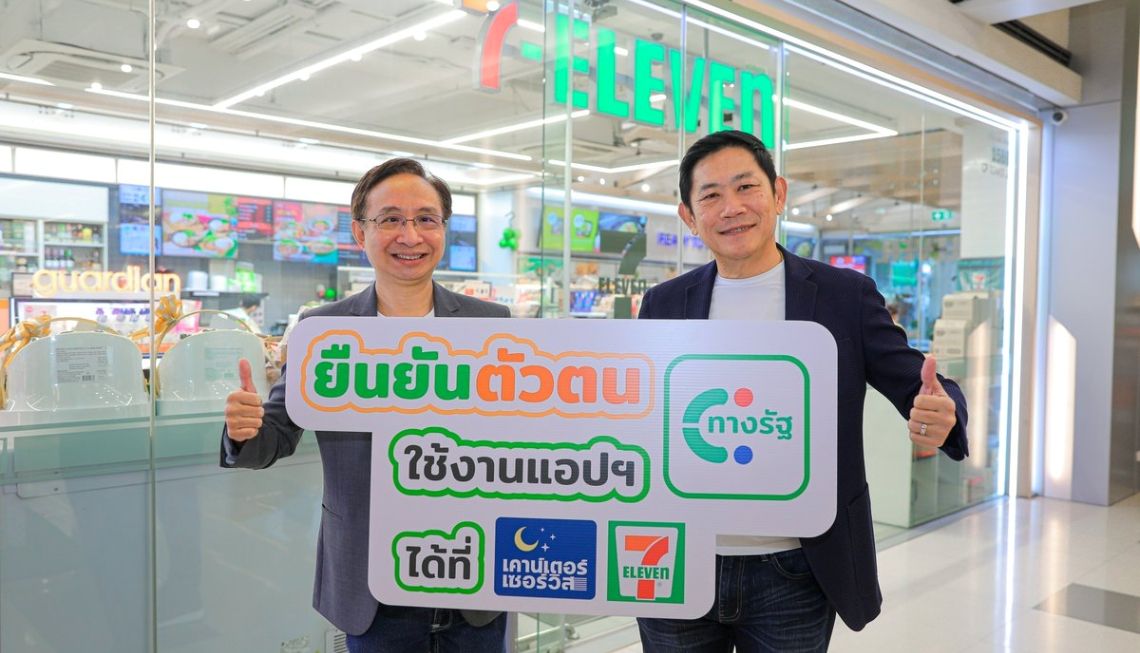 The Bangladeshi and Thai governments are partnering with local businesses to improve accessibility to government services. Image: DGA Thailand/Twitter

One of the most difficult challenges when it comes to digital government, in Asia as elsewhere in the world, is the challenge of digital accessibility. It was a problem that was recast in a new light by the Covid-19 pandemic, as test-and-trace systems were developed around the world to track and model the spread of the disease throughout populations.

For the first time, digital accessibility was cemented not just as a ‘nice-to-have’, but as an imperative for tracking the spread of the disease. In Singapore, those with limited connectivity and who did not use smartphones (often vulnerable seniors at increased risk of Covid-19) were given contact-tracing devices to ensure their participation in country-wide pandemic initiatives.

Two years on, test-and-trace has now been discontinued in most countries, but the demand for digital accessibility has not been abated. And often, it is a harder problem to tackle than in city states like Singapore. Larger and more rural populations, as well as fewer resources per capita mean that for many countries in Asia, designing digital services so that nobody gets left behind is a complex process.

Step forward Bangladesh and Thailand. When one thinks of public-private digital government partnerships, it is easy to call to mind the likes of Google and Apple’s Covid APIs, or perhaps the monoliths of Palantir or Tencent. Less immediate is the image of a local entrepreneur, or a neighbourhood convenience store.

But when it comes to digital inclusion solutions, these are the exact local partners that Bangladesh and Thailand are leveraging.

As recently as 2007, only 10 per cent of civil servants had computers on their desks in Bangladesh, most of which “were treated as sacred objects rarely to be used”. In the 15 years since, more than 600 government services have been digitised, and citizens can now do anything from viewing exam results to registering births online.

But for a country where some 60 per cent of the population lives in rural areas, capacity for digital exclusion with the wrong type of digital service can be high. This theme was central to an interview I recently conducted with Anir Chowdhury, policy advisor to Bangladesh’s digital government unit (a2i), for my newsletter interweave.gov. “If the aim of digital is to serve those who have received ‘the short end of the stick’ and ‘leave no one behind’”, he told me, then digitising government in the wrong way can replicate existing inequalities.

As Public Digital’s Anushka Srivastava puts it, a 20 to 30 kilometre trip to a government office for a Bangladeshi citizen “means forgoing wages for the day if they are a daily wage earner, as well as paying for transportation and possible childcare too”.

Chowdhury and a2i’s solution was to introduce more than 9,000 franchised “Digital Centres” across Bangladesh, kiosks where citizens can go to access existing digital government services. Rather than a 20 to 30 kilometre trip, the average distance a citizen in Bangladesh has to travel to access online government services is now less than 4 kilometres.

Instead of being run by government officers, these kiosks are managed by private citizens who sell government services for a small fee. These entrepreneurs act as both distributors and consumers of government services, a built-in ‘advanced’ user base who are able to “test services for usability today in preparation for tomorrow’s end users”. What’s more, this entrepreneurship model has allowed many of these kiosks to begin to sell complementary email writing and photo developing services too, building a whole business ecosystem around access to digital government platforms.

There is something to be said too for giving digital government the “face” of a neighbour, or a local entrepreneur manning the kiosk. Digital exclusion is not just a technical issue. The Bangladeshi government had also observed that women in the country were often uncomfortable with being served by male operatives in kiosks, and mandated gender parity in the entrepreneurs who now run them.

Just last week, in an echo of the kiosk model, Thailand’s Digital Government Development Agency announced that citizens can now access the government’s own online services in their neighbourhood 7-Eleven stores.

The Thai government has developed 68 online services over the past few years, allowing their citizens to do anything from checking for child support subsidies to obtaining driving license information online. But a constant boon for citizens has been verifying their digital identity through completing the Know Your Customer (KYC) verification checks.

While these checks could previously be completed in some postal shops around the country, citizens were often left with a choice to complete the digital verification process via the Department for Provincial Administration or by using a Boonterm kiosk (an ATM-style self-service machine).

The new partnership with 7-Eleven has streamlined this process. Now, citizens are able to download a government app, verify their identity with the help of shopkeepers at their local convenience store, and receive an SMS verification there and then. Some 13,500 shops across the country now act as Digital Government service points.

Although 7-Eleven cannot be considered by any stretch of the imagination a small independent kiosk, making local shopkeepers the gateways to online government services has allowed Thai Digital Government the same “local face” as Bangladesh’s equivalent.

Both the Thai 7-Eleven identity verification and the Bangladeshi kiosks are remarkable for their scale, with thousands of service points spread across their respective countries. But they also demonstrate a very different dimension of scale in their model of partnership.

User co-production is quite rightly often talked about as a key theme of digital government, with the development of online services grounded in real-world, individual feedback. But in partnering with local institutions, the Thai and Bangladeshi governments have reflected this approach in a model of would-be-user-centered service delivery.

Not only does this model allow public-private partnerships to scale faster, whether through a franchise or thousands of stores, but they also have a two-fold impact on digital inclusion. The first is a concrete one: these partnerships offer an avenue through which to drastically and rapidly reduce the physical distance between citizens and government services.

The second is somewhat less tangible. As with Bangladesh’s female kiosk owners, local partners can give digital government a human face. In a time where Digital Government services are all-too-often falling foul of being opaque, hidden behind an algorithm, and weapons of math destruction, this can only be a good thing.

But most of all, Bangladesh and Thailand can serve as a model for resource-strapped governments developing digital services elsewhere. They have demonstrated that public-private partnerships have no pre-defined scope and scale, and are not only worth doing if they involve a trillion-dollar tech firm and a whole-of-government data strategy. In the difficult struggle for global digital inclusion, this is a useful reminder.