The digital technologies paving the way for green mobility 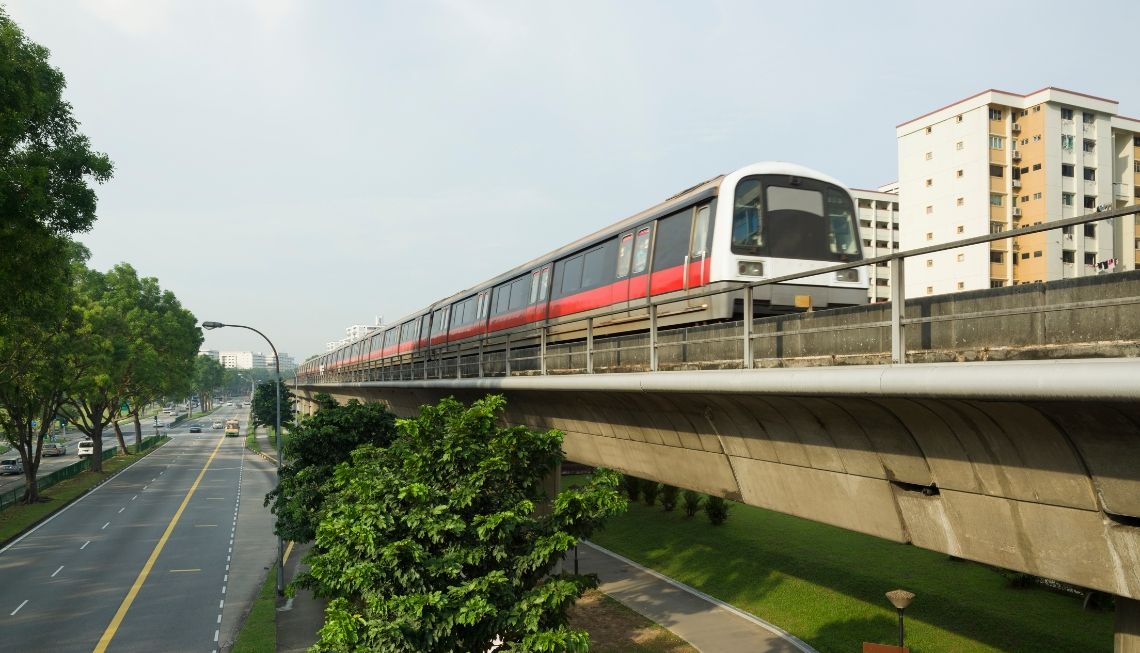 In the United States, transportation accounted for 27 per cent of global greenhouse gas emissions in 2020, according to the United States Environmental Protection Agency. Over half of this (57 per cent) is from light vehicles, like internal combustion engine (ICE) cars.

The advent of cars has brought greater convenience and freedom of mobility, but at what cost? An article by the National Geographic highlighted how everything from the construction of roads to the consumption of petrol can wreak an outsized impact on the environment.

Cars are also the main contributor of carbon emissions in the land transport sector, according to Bernard Chow, Deputy Head of Mobility (Rail & Road), Urban Solutions at global technology, defence and engineering group, ST Engineering. ST Engineering is one of the few Asian companies with a full suite of in-house intelligent rail solutions, and has established a strong Smart Mobility track record in Singapore, Asia, Middle East and the U.S.

Changing the individual’s mindset to stop driving cars and switch to public transportation such as trains and buses, however, is probably the biggest obstacle to green mobility, Chow says. “If you want that to happen, then we need to solve two things: the metro network has to be very extensive, and the first/last mile problem must be resolved,” he elaborates.

Travelling by train releases about 90 per cent less carbon compared to driving an ICE vehicle, said Singapore’s Minister for Transport S Iswaran in March 2022 in parliament at the Committee of Supply Joint Segment on the Singapore Green Plan 2030.

But encouraging train use for commuting will require countries and cities to build more extensive rail networks, which is complex, says Chow. To address this, ST Engineering utilises Building Information Modeling (BIM) tools to allow contractors to visualise exactly where obstacles are prior to the build.

In the past, it was common for construction workers to run into obstacles such as a pillar or cable that was not reflected in the blueprints. “2D drawings don’t provide elevation information,” he explains. “3D provides the X, Y and Z axis.”

With BIM technology, contractors can therefore resolve potential issues in the meeting room before the build even begins, Chow says. This allows for a more efficient construction process, which can reduce the carbon footprint generated.

Singapore, for instance, is already using this form of technology to aid in the expansion of rail networks for its Jurong Region Line. The visualisation tool has helped to optimise cable routings and the positioning of equipment like cameras and speakers in the train station, Chow says.

ST Engineering has also developed digital technologies that can help with the management of rail networks. Chow explains that ST Engineering’s AGIL Integrated Transport Operations  Centre can monitor all train lines within a rail network from one central location, allowing for more efficient rail management.

This is particularly helpful when there are spikes in commuters, he says. Having a centralised control centre gives transport operators a comprehensive view of the traffic situation across the entire city, allowing them to inject more trains into the lines that face high demands, Chow explains.

ST Engineering is also exploring autonomous vehicles (AVs) as a means of reducing carbon emissions on the roads while improving first/last-mile connectivity.

“People want to drive because there is an issue getting to or going home from the metro station,” Chow says. Unless they stay close to a metro station, commuters usually find themselves having to switch modes of transportation to get home, he explains.

Autonomous shared transport may offer a solution. Shared autonomous bus services can complement existing public transport services and improve connectivity by supplementing the frequency of public bus services. Autonomous electric buses are also more sustainable, as they do not release any carbon emissions and use less energy than their diesel counterparts.

Hoe Yeen Teck, Head of Autonomous Solutions, Urban Solutions at ST Engineering, explained in a past article on GovInsider that autonomous buses can cater to areas and timings not traditionally served by public buses. This is because they are able to run round-the-clock, since they have low to no downtime that bus drivers may otherwise need.

Over the years, ST Engineering has run several successful pilot AV projects in Singapore and overseas. In 2019, it ran a pilot programme on the nation’s resort island Sentosa which saw ST Engineering’s autonomous buses carrying about 6,000 passengers over three months. The project was recognised as a top Smart City initiative in the IDC Smart City Asia Pacific Awards in 2020. In 2021, ST Engineering served as the programme lead of an industry consortium that piloted Singapore’s first deployment of an autonomous transport revenue service in Singapore Science Park 2 and Jurong Island, bringing AV services and solutions one step closer towards commercialisation.

While extending rail networks and improving first/last-mile connectivity is important, there is also the need to reduce carbon emissions from vehicles.

Chow shares how Dubai currently uses the platform to manage approximately 60 per cent of their roads, which extends to almost 500 kilometres. Travelling time for motorists has fallen by about 20 per cent as a result of more efficient traffic diversion in the event of traffic incidents, he says. By helping motorists save time on the roads, fuel consumption is also reduced, making for a greener transport system.

Another new technology that helps with the management of road traffic is the AGIL Smart Digital Junction Suite, which uses artificial intelligence and edge processing to optimise traffic signal timings based on real-time traffic conditions. This smoothens vehicular flow, reduces vehicle idling time and carbon emissions.

A pilot of the AGIL Smart Digital Junction Suite is planned across select junctions in Singapore in the coming months, according to Chow. “We estimate that when this is fully implemented, we potentially could save up to 20 per cent of travelling time on the roads,” he says. This means that if a vehicle previously took 10 minutes to cross these junctions, their travel time will now be shortened to just 8 minutes.