Climate heating is as bad for the planet as it is for people. GovInsider hears from population health experts at a recent roundtable to understand why Southeast Asia is particularly vulnerable to heat-related climate risks, and what the region can do about it. 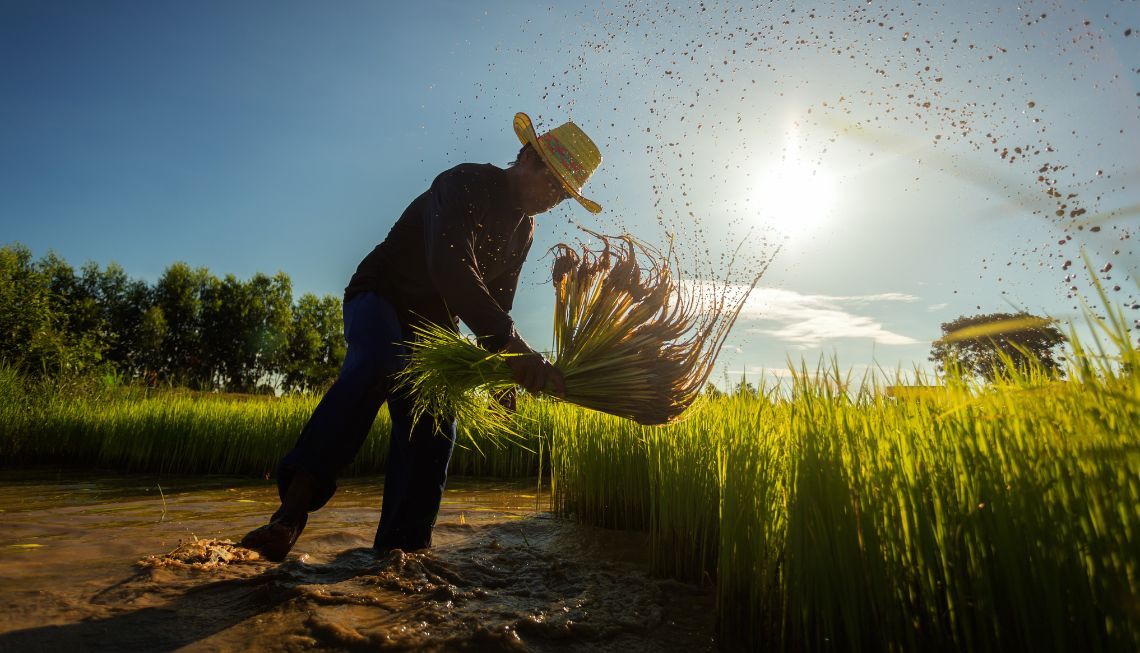 In Central America, chronic kidney disease has been found to prematurely claim the lives of tens of thousands of agricultural workers like sugar cane farmers for years. In a 2021 study, occupational heat stress was identified as the primary cause of these deaths.

As the climate crisis continues to persist, climate risk is set to inflict the entirety of the global human population in a multitude of ways that extend past specific occupations. According to the World Health Organization (WHO), climate change is projected to cause approximately 250,000 deaths per year from malnutrition, malaria, diarrhoea, and heat stress alone. By 2030, it will cost an estimated US$2 to US$4 billion per year to mitigate these health impacts, WHO also reported.

And Asia is expected to bear the brunt of these impacts as the region is predicted to be hit hardest by the effects of climate change, according to a 2020 Mckinsey report.

In light of these findings, England-headquartered multinational consumer goods company, Reckitt, brought together population health researchers, sustainability experts, and government leaders at a recent roundtable to discuss how countries can begin to build climate-resilient health systems for the future. GovInsider breaks down the key takeaways from this roundtable, with insights from Reckitt’s recently launched report.

Out of the 25 economies in the world that are most affected by climate risk, a quarter of them reside in Southeast Asia, according to the Global Climate Risk Index. Philippines, Vietnam, and Myanmar have experienced more extreme weather in the last ten years than any other of the top ten climate-risk-affected countries put together. This has resulted in a combined drop of 1.7 per cent in their GDP, said Steve Firstbrook, Country Director, Trade & Investment, British High Commission Singapore.

“We know that if we don’t address these issues here in Southeast Asia, we are simply not going to succeed globally,” said Firstbrook. For every 1 per cent increase in climate risk exposure, the Gini coefficient – the index for degree of inequality and income wealth distribution – widens by nearly a quarter, according to the UN.

“We know that this will hit the poorest and most marginalised in society. It will hit them the hardest, and it’s going to hit them first,” Firstbrook added. Annual premature deaths associated with outdoor and household air pollution already affect 450,000 people a year in Southeast Asia, and will rise above 650,000 by 2040.

Heat, it seems, is not just bad for the planet, but also for the human body. In a recent study, Dr Joel Aik, Adjunct Assistant Professor at Duke-NUS, found a positive relationship between the incidence of heart attacks and ambient temperature in tropical climates.

“We also found some evidence that the risk was elevated for those aged 65 and above, and this has important implications for ageing populations like Singapore and many other developed cities. More and more of us will face climate-driven risk, particularly cardiological and respiratory health,” said Aik.

Aik, who previously consulted for the WHO on vector-borne disease studies, shared that with global warming, we can expect higher morbidity through mosquito-borne diseases, foodborne diseases, and mental health emergency admissions to hospitals – potentially even suicides.

“Most of the climate-health-related studies have been carried out in temperate countries and developed cities around the world. These studies tend to exclude Southeast Asia – so although we know what the anticipated impacts of climate change are, we actually don’t know how exactly it will impact population health in this region,” said Aik.

Many Southeast Asian countries are resource-limited when it comes to developing climate resilience, said Aik. As a primarily developing region, it received almost three times as much global funding to support climate mitigation projects ($US$28.37 billion) compared to climate adaptation projects (US$10.42 billion), the ISEAS-Yusok Ishak Institute found earlier this year.

In light of this, Aik advocates for more region-specific research to be dedicated to this area, to help estimate the economic costs associated with strengthening healthcare as a climate adaptation measure. To ensure that resources are fully utilised in the present and not built ahead of time, the extent and timing of climate solutions are also crucial, he said.

“Singapore is in a very unique position, because we’ve ramped up a lot of our data collection capabilities with surveillance systems, and we have good health registries. We are well positioned to conduct these studies,” he added.

Hope for the region

But while Southeast Asia is a vulnerable region, it is also one that has “remarkable agency”, said Firstbrook. “It doesn’t have to be resigned and simply watch as big emitters make their choices.”

Reckitt’s recent report highlights the many opportunities to be had if ecosystems are protected and ecosystem-human dynamics are better understood. These include economic stability, pandemic risk reduction, and food security, among many other global concerns.

A green future is not only better for population health, but is more economically and socially just. For example, a Mckinsey study found that investment into renewable energy creates almost three times as many jobs as money spent on fossil fuel industries, making a just transition very much a reality. The International Energy Agency also reported that women make up to 32 per cent of employees in the renewable sector, compared to just 22 per cent in fossil fuel sectors where glass ceilings are prevalent.

A ‘One Health’ approach

“When it comes to executing solutions, humans are very forgetful. Heat waves are a silent killer, but we somehow don’t remember it,” said Professor Jason Lee, Director of the Heat Resilience and Performance Centre at the Yong Loo Lin School of Medicine, National University of Singapore. Lee is on the management committee of the Global Heat Health Information Network.

“Climate change is not an acute issue. We have to build capability over the years,” said Lee, who emphasised that the current climate-linked health effects that we witness now are just the tip of the iceberg.

In Reckitt’s recent paper, The impact of climate change on health, ten recommendations were crafted for world leaders to follow, under WHO’s One Health framework. This is an “integrated, unifying approach to balancing and optimising the health of people, animals, and the environment”, according to the WHO’s official site.

On an individual level, Lee recommended that people start learning how to “use heat as a friend”. This could include using increased ambient temperature to supplement one’s training efficiency by exercising under the sun for 45 minutes instead of an hour. As part of climate adaptation, researchers are also starting to look into the ways in which heat can bring health benefits, such as improving liver function, skin health, or psychological health, Lee said.

“Climate mitigation is going to sort us out one day, but we have only one life and we still need to survive before future solutions take effect. So as we go about buying time to learn from the past to prepare for the future, we have to make sure not to cut and paste solutions,” said Lee.