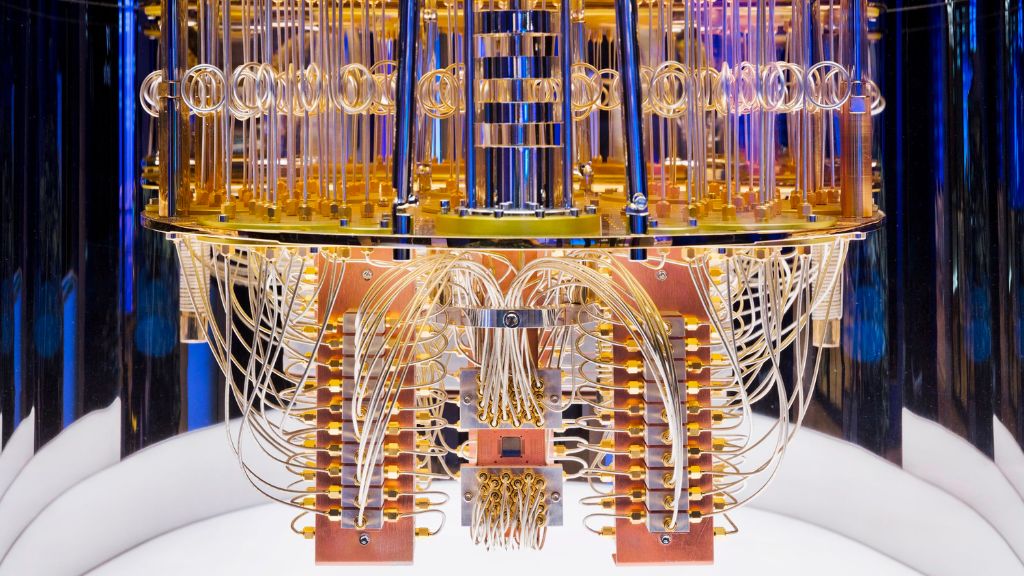 Quantum computing is the new kid on the block that everyone’s excited and a little afraid of. These computers manipulate atoms to process calculations at lightning speed - instantly solving problems that would take our best computers years to solve.

But discussions around its security threats have scaled as countries race to develop a large-scale quantum computer. “Security can act as a barrier to unlocking its value,” says William Dixon, Head of Future Networks and Technology, Centre for Cybersecurity, World Economic Forum.

The potential for risk is there, but actual steps can be taken to mitigate them, he adds. Quantum technology needs to be taken out of the “hyperbolic kind of discussion, that the world is ending because of the potential threat to cryptography.” GovInsider spoke to him to find out what quantum computing will mean for global cybersecurity.


Quantum computers can make calculations on a subatomic level, allowing it to solve complex problems faster than even the most advanced supercomputers today.

Wired Magazine described it this way: “If you ask a normal computer to figure its way out of a maze, it will try every single branch in turn, ruling them all out individually until it finds the right one. A quantum computer can go down every path of the maze at once. It can hold uncertainty in its head.”

Discussion about its potential risks goes back to 1995, when mathematician Peter Shor created an algorithm that would allow quantum computers to factor integers at lightning speed. If successful, that would crack most keys securing internet traffic - and threaten our data.

According to the Five Eyes intelligence agencies, adversarial nation-states are currently harvesting and storing encrypted data - waiting for the day quantum computing can crack it.

But research by Dixon and his partners have shown that the technology can also unlock “trillions of dollars of use cases”. Google is testing out the use of quantum computing to improve self-driving cars. Biotech companies are also using the technology to simulate molecules for drug research. If successful, it can lead to the discovery of new drugs for serious ailments such as cancer and Alzhiemer’s disease. “That's hugely important for prosperity and for global public good,” he says.

“Issues over security and trust can start to act as friction in the wider adoption of quantum technology,” Dixon adds, and prevent countries from tapping into its benefits.


What can be done?


A quantum security coalition will be essential to promote secure adoption of the technology, says Dixon. He shares three things this coalition would achieve.

First, it will help to build quantum literacy. There is currently a gap in knowledge on quantum technology’s potential risks and applications, he says. Building a common understanding of the technology would demystify it, and allow steps to be taken to ensure security is not a strategic issue, Dixon adds. Discussions between hardware providers, academics, and public policy leaders will be key.

Next, the coalition should promote the potential of quantum security. “Rather than being a risk to global security, quantum is actually a potential huge enabler,” he says. Quantum key distribution, for instance, would provide two remote parties with cryptographic keys and allow them to detect the presence of any third party trying to access the system.

Lastly, the coalition would allow for strategic policy discussions. “If we do agree that we want access to the technology, what relevant security assurance and policy frameworks are we going to design?”

The Forum’s Center for Cybersecurity is currently partnering with its private sector and academic partners to facilitate some of these discussions and build quantum literacy, Dixon says.


Cybersecurity as a shared value


The tech space has grown increasingly competitive, and the internet today has more borders than some may realise. “Cybersecurity needs to be taken out of the space where it's about national security concerns”, says Dixon, and seen as a “shared space of providing trust and integrity, in which all of our interconnected ecosystems exist.”

There needs to be more dialogue about responsible behaviour within cyberspace that builds on what countries agree on, he adds. “Probably the best space where we can see international cooperation is on international cybercrime.”

Emerging technologies such as quantum computing and AI can be a force for good despite their security risks. Governments and the necessary stakeholders must act now to mitigate its risks and tap on its good for the world.